Sweden prepares public for war amid unease about Russia

Sweden prepares public for war amid unease about Russia 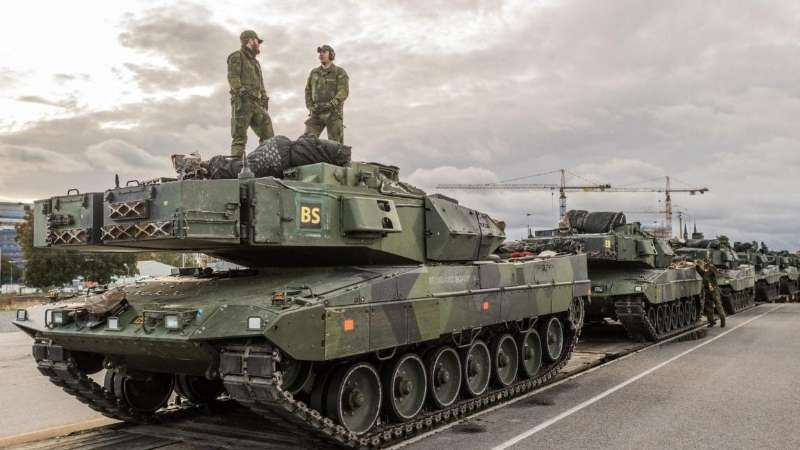 Last year's Aurora-17 exercise was the biggest war game held in Sweden for 23 years (Swedish Armed Forces Photo)
__new_Underarticle_image_EN__
Orient Net - Agencies
Sweden is preparing to issue a public information manual on what to do in the event of war, as debate in the country grows over how to deal with the threat from Russia.
The brochure due to be sent to 4.7 million households will inform the public how they can take part in "total defense" during a war and secure water, food and heating.
The booklet, with the working title If Crisis or War Comes, will also give guidance on dealing with threats from cyber-attacks, terrorism and climate change.
Russia’s annexation of Crimea and military support for Ukrainian separatists, along with increased activity and exercises near the Baltic states and Scandinavia, have caused deep unease in Sweden.
__new_in_first_article1__
The neutral country has begun to reverse post-Cold War defense cuts and step up military preparedness as incursions by Russian planes and submarines have sparked public debate over whether to join NATO.
Last September, Sweden held its biggest military exercise in 23 years, with war games involving 19,000 Swedish personnel and allies from Finland, Denmark, Estonia, Latvia, Lithuania, France, Norway and the US.
Last year it voted to reintroduce conscription and also said it would start negotiations to buy a US-made Patriot missile defense system.
Towns have also been ordered to dust off Cold War-era civil defense contingency plans, including ensuring that bunkers are upgraded and maintained.