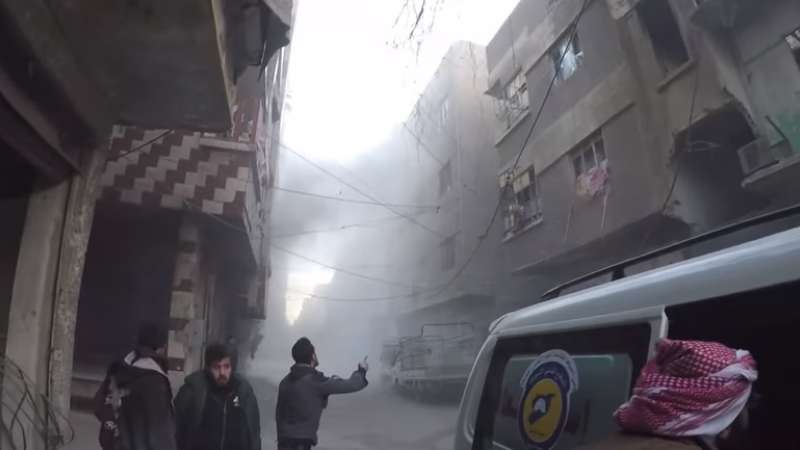 Orient Net
Assad regime’s militias have continued targeting towns and cities in Eastern Ghouta with airstrikes and artillery shells , killing and injuring civilians.
In the besieged town of Hamoriyya, four civilians were killed and many other were seriously after the regime’s militias – located on Qasioun Mountain - shelled the residential areas with medium artillery, according to Orient News’s Mohammad Abdulrahman.
Four civilians were also killed in Douma by similar artillery shells carried out by the regime’s militias, Orient News correspondent.
“One child was also killed in by the regime’s shelling in the city of Zamalka”.
Multiple regime airstrikes were also reported in Harasta and Erbin, causing damage in civilian houses.
The United Nations said about 400,000 civilians besieged in the Eastern Ghouta area face "complete catastrophe" because aid deliveries by the regime are blocked and hundreds of people who need urgent medical evacuation have not been allowed outside the enclave.