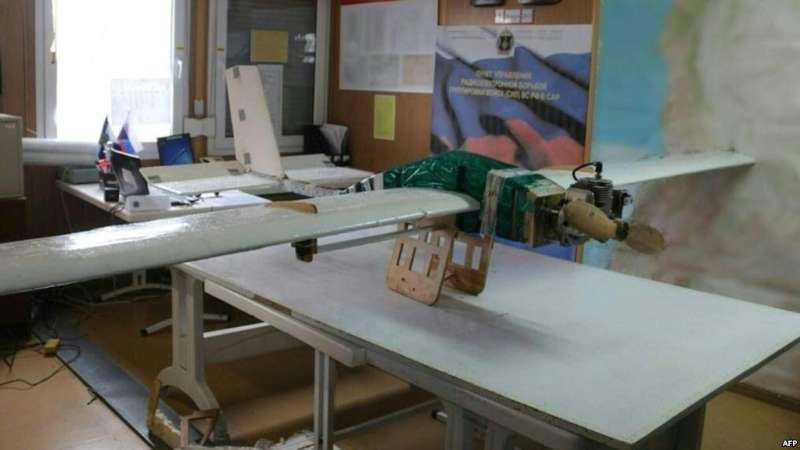 A picture posted on the Russian Defense Ministry's Facebook page, showing a drone used during recent attacks on an air base in Syria.
Orient Net
Russia’s defence ministry said on Thursday (January 11) it was investigating which country produced explosives used in recent drone attacks on Russian bases in Syria.
"The explosive material in question is produced in a variety of countries, including in Ukraine," major general Alexander Novikov said at a briefing in Moscow.
Russia said on Monday (January 8) militants had used drones to attack its naval and air bases in Syria. The ministry said there were no casualties or damage as a result of the attacks, which involved thirteen armed drones, on its Hmeimim air base and Tartus naval base in western Syria.
The Pentagon has rejected Russian insinuations that US forces were involved in recent drone attacks against Russia’s air base and its naval facility in western Syria.
Spokesman Marine Major Adrian Rankine-Galloway said on January 9 that "any suggestion that US or coalition forces played a role in an attack on a Russian base is without any basis in fact and is utterly irresponsible."