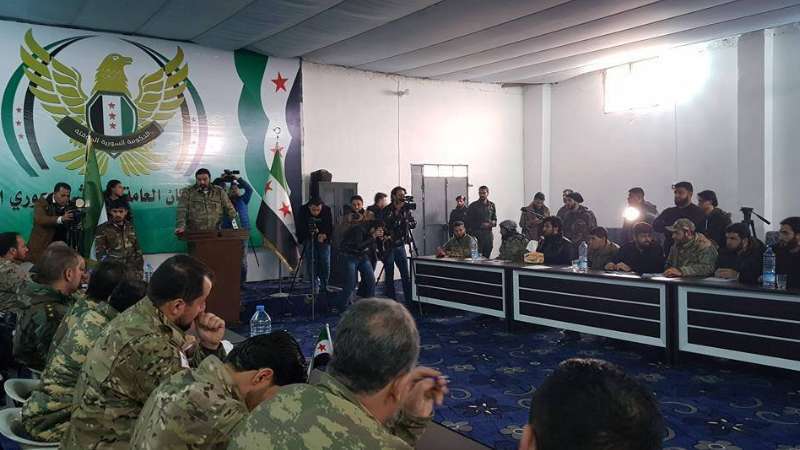 Orient Net
The Free Syrian Army (FSA) subgroups have unified under the banner of the country’s “National Army”, the Syrian interim government announced on Saturday.
The Turkey-backed National Army, or al-Jaysh al-Watani in Arabic, is comprised of over 30 sub-groups which fought in the provinces of Aleppo, Idlib, Homs, Hama, Raqqa, Hasaka, Deir Ezzor and Latakia, making it the biggest fighting force in Syria since the breakout of the civil war in 2011.
The 22,000 strong National army, which was founded by the head of Syria’s Interim Government Jawad Abu Hatab, is set to play a big role in the upcoming Afrin operation.
The announcement came after the head of the interim government, Jawad Abu Hatab, met the subgroup leaders in the northern city of Azaz.
Speaking to journalists after the meeting, Abu Hatab noted their primary aim as keeping hold of the area liberated from ISIS through Operation Euphrates Shield and defending people by standing against the Assad regime and terror groups like ISIS and the PKK/PYD.