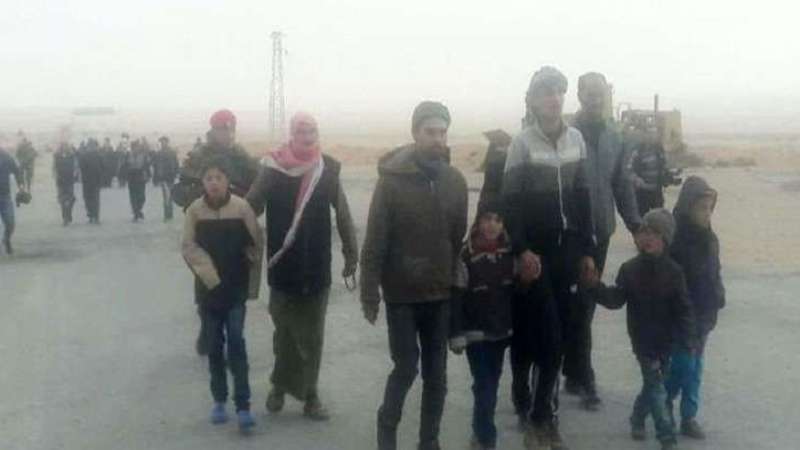 Orient Net
Assad regime, with support of Russian servicemen from the Russian center for Syrian reconciliation, organized the evacuation of refugees from the Al-Rukban camp on the Syrian-Jordanian border to their villages in east Homs countryside, according to Sputnik agency.
Sputnik reported a statement was made by Haj Adel, the coordinator of the peace process and security in Homs province’s border areas, " were able to establish contact with the Al-Rukban refugee camp to organize the evacuation of refugees who for some reason were unable to leave the camp on their own, to their native places."
Regime media reported that 10 families, around 70 people, came back to their houses in east Homs countryside from Al-Rkban camp.