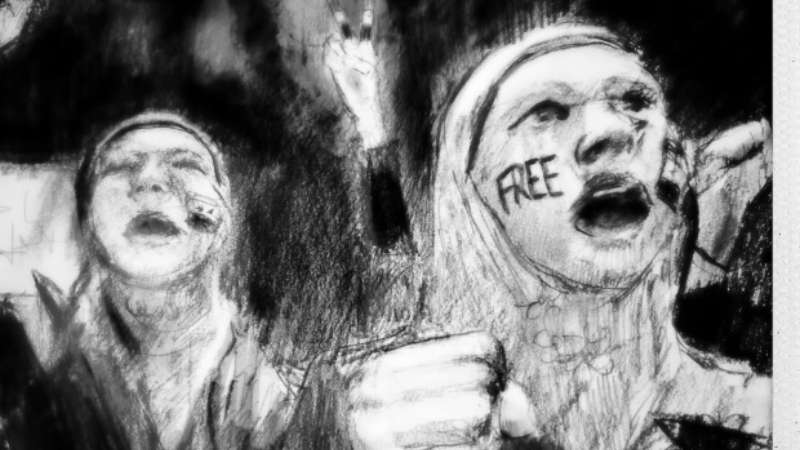 "Syria Protest", a sketch by Marc Nelson
Orient Net - Waeda Al Wahab
Haunted by the photos of children suffering from siege and bombardment all around Syria, the American artist, Marc Nelson, started to capture the devastation of those children sending an important message to the world, save the Syrian people.

"One day, in 2016, I was sitting at my desk before my students came in, and I saw a picture on social media of a man desperately trying to save a young girl in Aleppo. The little girl was clutching her blanket, and had a look of absolute panic on her face. I immediately grabbed a piece of charcoal and sketched the image. This was my first drawing of the Syrian tragedy," He said. 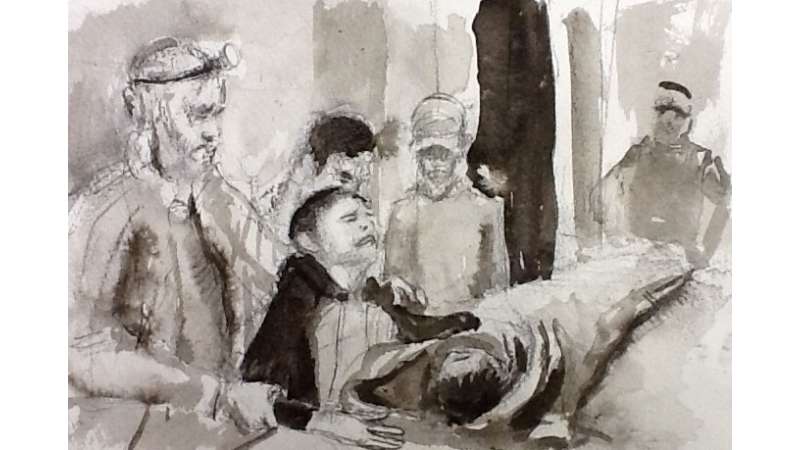 As an art teacher, Nelson also influenced his students in Kewanee who also drew sketches for Syrian children and Syria civil defense members.

Nelson and his wife had traveled to Turkey several times from 2011-2013 and started to hear more about the civilians victimized by the Assad Regime, he told Orient.

He almost dedicated his twitter account to retweet videos and photos of Syrian activists, especially children, aiming to raise their voice and pass their messages to as many people as possible. 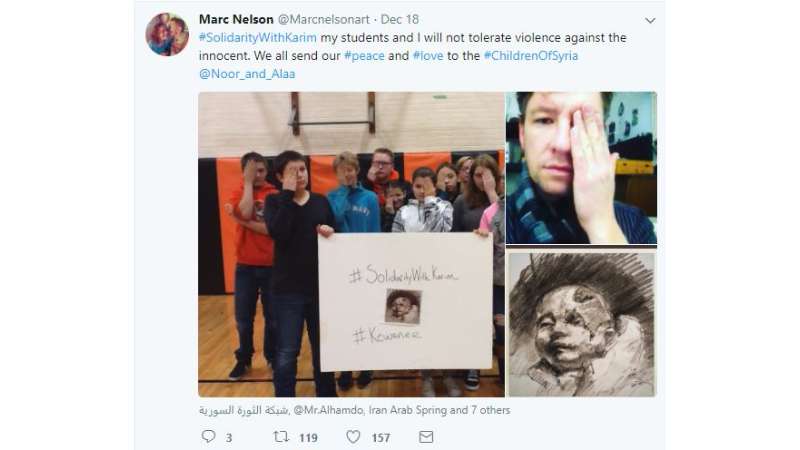 Nelson has many Syrian friends (artists, activists and teachers) in the US, Europe and in Syria as well. He considers Syrians his "human brothers and sisters". 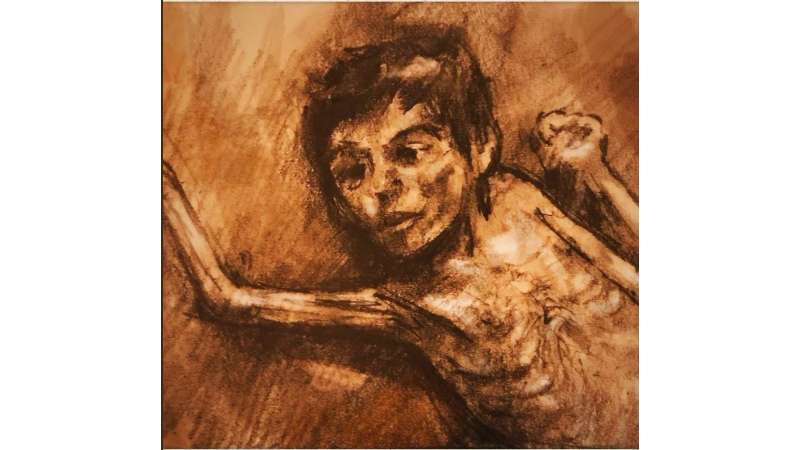 He said, "I am saddened everyday by the violence, terror, and death that stalk the beautiful people of Syria." He added, "All the free Syrian people wanted was freedom and democracy. Instead, they were met with violence and murder." 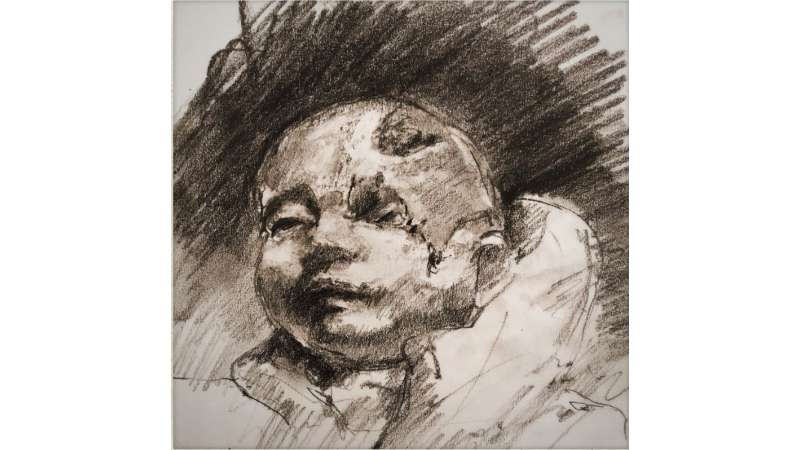 He believes that "Western media has an extremely short attention-span", therefore, he tries with his art to, "force people to slow down, look at the image, think about the people in the drawing, and hopefully raise their voice to demand their safety."