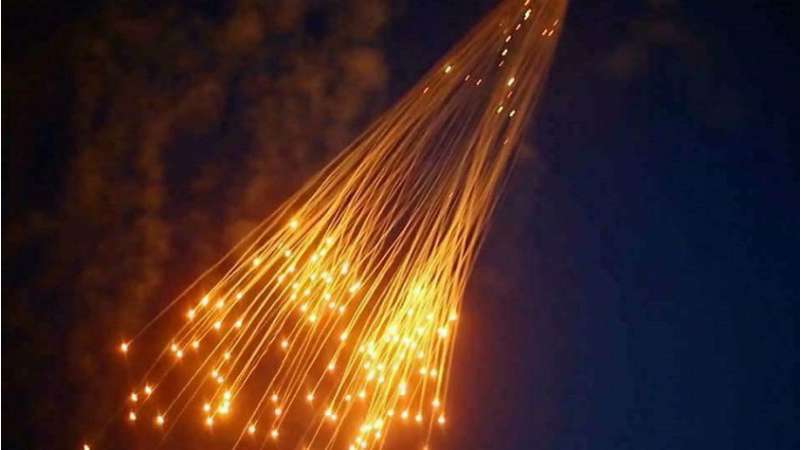 In response to regime’s ongoing attacks, Izza Army launched a battle in the area and took control of the Al-Zalllaqiyat and Zellin towns and checkpoints.

During the battle, more than 100 airstrikes by Russia and regime targeted Hama northern countryside, including 80 against the Allataminah city, its surroundings, and battlefronts of Zallaqiyat and Zellin, according to Orient News’ correspondent.

Our correspondent confirmed that 4 raids used phosphorus bombs, while 4 others dropped explosive canisters. He added that airstrikes also targeted both Kafarzeita and Morek.

Military sources reported that the battle led to death of 50 regime forces’ members and injury of many others, including ranking regime officers, one of them is the leader a regime-affiliated militia, known as "Al-Jirah" group.

On the other hand, regime forces are trying to advance, supported by Iranian militias, on the Al-Msherfeh village, while fierce clashes continuously break up between Shiite militias and rebel factions on the battlefronts of Al-Rahjan and Al-Shakusiya villages.