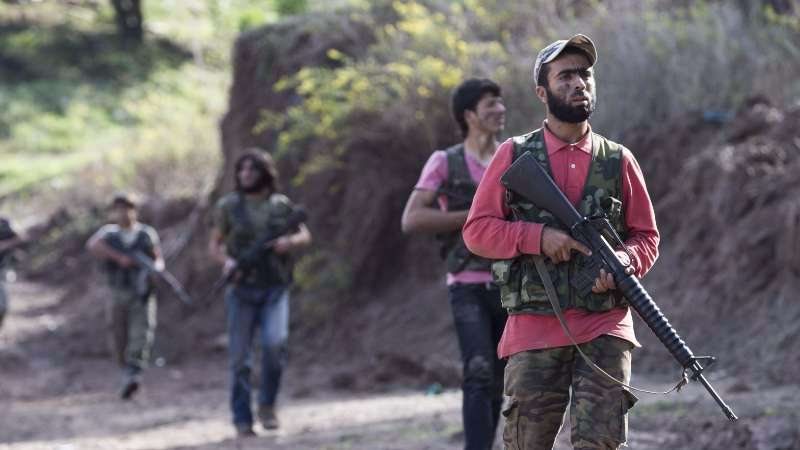 Orient Net
FSA thwarted a new advancement attempt by Assad regime forces supported by the “Local Committees” Militias in Biat Jinn in eastern Ghouta, according to Orient News’ correspondent in Rural Damascus.
Our correspondent clarified that FSA fighters stopped the military progress of regime forces in the area, killing and injuring several of the latter’s members as fierce clashes broke out between the two sides; knowing that regime forces targeted the area with 300 missiles and dropped more than 12 barrel-bombs, in addition to targeting civilians’ houses in Mazraat Bait Jenn town using helicopters and rocket-launchers.
A statement by the Union of the Jabal al-Sheikh Forces, published on Wednesday, confirmed that more than 15 regime forces’ members were either killed or injured during the battles in Bardaia Hill near Bait Jinn.
The statement also said that regime forces gained control of a location under the hill on Tuesday to be retaken by FSA, that caused casualties among regime forces’ members, while regime’s attempts continued to advance in the area using the scorched earth strategy that resulted in damages to civilian houses as well.