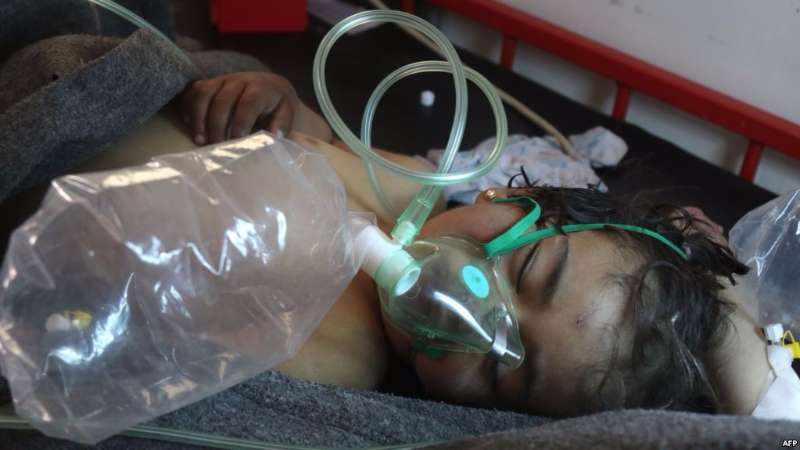 Orient Net - Ahmad al-Shehabi
Russia vetoed on Friday (November 17) a Japanese-drafted UN Security Council resolution to extend by one month an international inquiry into who is to blame for chemical weapons attacks in Syria, just a day after Moscow blocked a US push to renew the investigation.
The mandate for the joint inquiry by the UN and the Organization for the Prohibition of Chemical Weapons (OPCW), which was unanimously created by the 15-member Security Council in 2015, ended on Friday.
Assad ally, Russia, has now cast 11 vetoes on possible Security Council action on Syria since the Assad war began in 2011. The Japanese draft received 12 votes in favour, while China abstained and Bolivia joined Russia in voting no.
A resolution needs nine votes in favour and no vetoes by the United States, France, Russia, Britain or China to be adopted.
The inquiry, known as the Joint Investigative Mechanism (JIM), found the Assad regime used the banned nerve agent sarin in an April 4 attack and has several times used chlorine as a weapon.
قيم هذا المقال 7 0