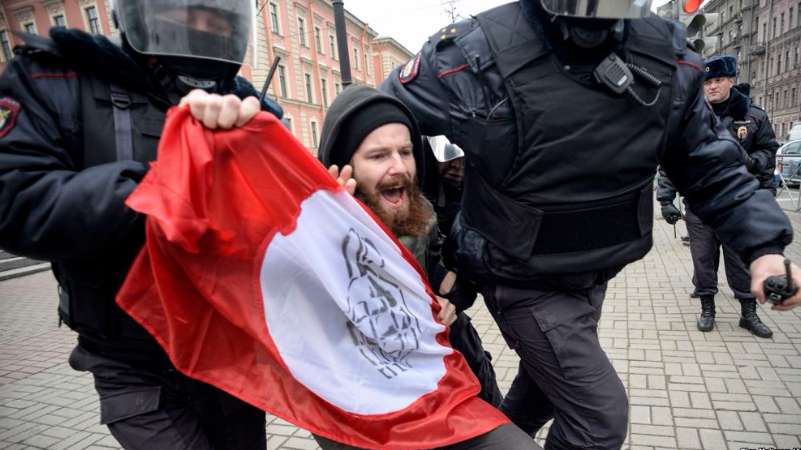 Russian far-left activists detained at St. Petersburg rally
__new_Underarticle_image_EN__
Orient Net
More than 20 far-left Russian nationalists have been detained as they gathered in the country’s second-largest city, St. Petersburg, to hold an unsanctioned rally.
Dozens of supporters of the other Russia opposition party gathered on the city’s main street, Nevsky Prosepkt, to mark the centennial of the Bolshevik Revolution.
They unfurled a big banner from the roof of a building on Nevsky Prospekt, urging Vladimir Lenin -- the leader of the revolution that ushered in more than 70 years of communist rule in Russia -- to "wake up."
__new_in_first_article1__
Police moved to disperse the gathering and detained 23 activists.
Other Russia leader Eduard Limonov had described the planned march in downtown St. Petersburg as a "revolutionary rally."
He was not among the demonstrators.
On November 5, police detained hundreds of people after nationalists gathered in central Moscow for an antigovernment rally coinciding with celebrations of National Unity Day.