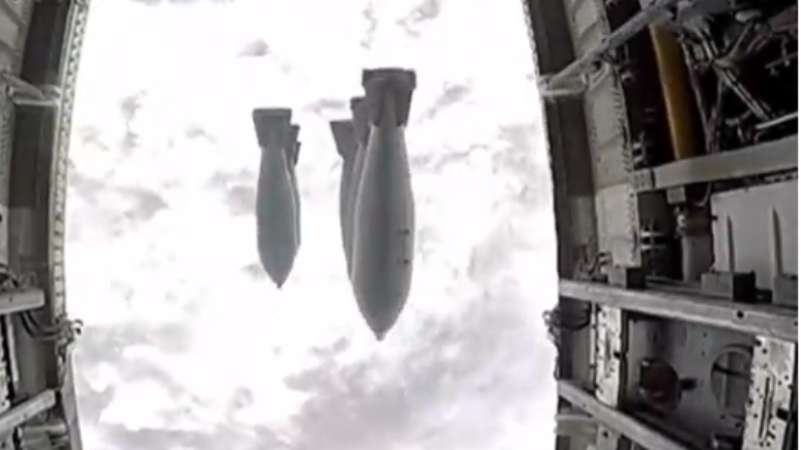 Orient Net
Russia has carried out 18 bombing raids and nine strikes with cruise missiles launched from submarines in the last three days targeting ISIS terrorists in eastern Syria, a source in the Russian Defence Ministry claimed on Friday (November 3).
Long-range strategic bombers took off from their bases in Russia to hit militant targets in Deir ez-Zoor, the ministry claimed.
The Tu-22M3 warplanes flew over Iran and Iraq to hit the targets which included "terrorist" strongholds and depots in Syria with weapons and ammunition, the ministry added.
Meanwhile, Assad terrorists claimed they seized the whole city of Deir ez-Zoor after pushing ISIS terrorists from all its neighborhoods.
These developments come while civilians are being displaced by the Russian indiscriminate airstrikes and shelling.
Relief and aid shortages are notably observed in Deir ez-Zoor where most of locals have fled their homes.