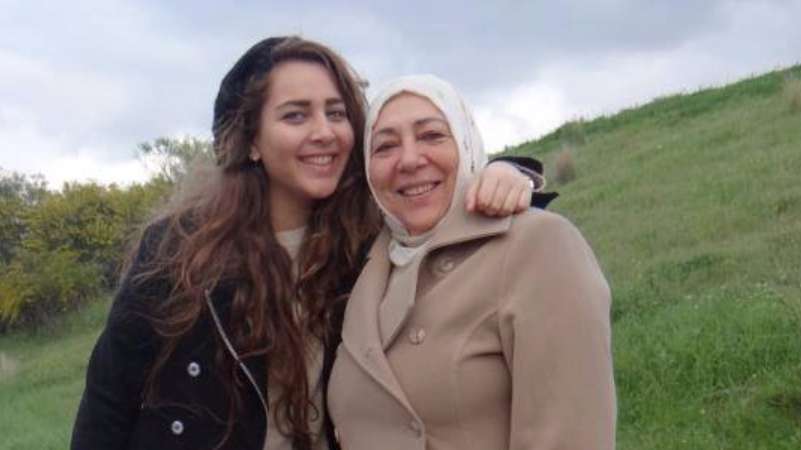 Halla Barakat and her mother
Orient Net - Ahmad al-Shehabi
Halla Barakat, Orient Net English’s editor, was found killed along with her mother in Istanbul on Thursday (Sep. 21).
Halla is a US citizen. Her mother, Dr. Orouba Barakat, was one of the most famous opposition members to Assad regime.
Havyi Bouzo, director of Orient News’s office in Washington, said, the US Department of State’s Office of the Spokesperson issued a statement of condolences after the crime. The statement read:
State Dept website
"U.S. DEPARTMENT OF STATE
Office of the Spokesperson
For Immediate Release
STATEMENT BY HEATHER NAUERT, SPOKESPERSON
September 22, 2017
Deaths of Arouba and Hala Barakat
The United States is deeply saddened by the deaths of Arouba and Hala Barakat. Hala served as a journalist for Orient News and we remember the courageous work of her mother, Arouba, a Syrian activist who reported on the Syrian regime’s atrocities. The United States condemns the perpetrators of these murders and we will closely follow the investigation.
The United States continues to seek a peaceful, political resolution to the Syrian conflict that can be supported, owned, and led by the Syrian people."
Halla lived with her mother in Turkey’s Istanbul, as the latter preferred living in Turkey to going to Assad regime’s consulate for issuing a new passport.

Halla joined Orient Net English in 2015, editing and translating thousands of stories and videos which basically covered Assad regime’s massacres and crimes committed against Syrian civilians in its nonstop war.
Ghassan Aboud, owner and CEO of Orient Media Group, wrote on Facebook: "Halla Barakat is a small bud, whose media life was opened in Orient Media Group, her mother Orouba had two main causes; the first was struggling to achieve a free Syria without Assad dictatorship, while the second was to help her daughter in seeking high knowledge. The method of slaughter was purely an Assad intelligence-like way as the killers doused their bodies in detergents to delay the scent and to escape! Assad grudge and hatred are fueled by bloodshed. No truce and no reconciliation to be reached with monsters, no slackening to be witnessed until dawn rises ... Syria is free."
"Halla and her mother participated in most anti-Assad demonstrations and rallies staged in Turkey," Yasser al-Ashkar, a family friend told Orient Net English.
"I am afraid that all our stories in Orient Net English will go in vain, after YouTube’s decision to shut down our channel," Halla told Ahmad al-Shehabi, Orient Net English’s senior editor after shutting down Orient New English’s YouTube channel a few month ago.
"Halla worked tirelessly and did not know what wasting time was. She had innovative media ideas. She spared no effort in investigating or editing any story entrusted to her," Orient Net English’s senior editor said.
The Turkish police are trying to establish the truth about the crime which might have taken place a few days ago as Halla’s friends have lost contact with her since then.
"The Barakat funeral will be held in Istanbul on Saturday (Sep. 23) with large expected mourners to pay tribute to the two Syrian Barakats who have always yearned to see free and democratic Syria," Ruba Habbosh, a Syrian National Coalition for Opposition Forces’ member said.