Syria’s ‘disappeared’ are murdered on an industrial scale 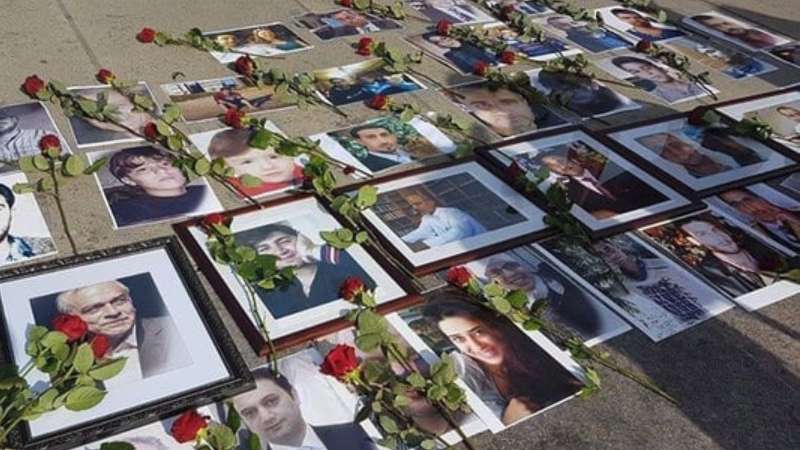 In Syria, people disappear. Tens of thousands of Syrians are missing. We don’t know where they are being held or whether they are dead or alive. For the disappeared, the situation is life-threatening. For their families and friends, the uncertainty is agonising. Assad regime is responsible for the vast majority of disappearances, through its network of detention centres. The disappeared are the most forsaken and vulnerable of all Syria’s victims. Their plight is compounded by political neglect.
There is no shortage of evidence about the horrors of detention in Syria. Witnesses have described the inhuman conditions, torture and brutal deaths. The United Nations has accused the Assad regime of the murder, rape, torture and extermination of detainees.
Shocking official photographs taken by military police were smuggled out of the country by a whistleblower codenamed Caesar, showing more than 6,700 bodies of individuals who died in Assad regime’s custody, many emaciated and disfigured. The photographs are reminiscent of images from the Holocaust. We can’t look back and say, “If only we knew, never again”. We know. How long will we tolerate torture and death on this industrialised scale?
Most Syrians know somebody who has been disappeared. This issue affects all layers of Syrian society and is consequently of primary concern. Unfortunately, this is not reflected in the political discussions taking place in Geneva or Astana. The issue is marginalised. To date, the rounds of UN talks in Geneva have produced no notable progress whatsoever for detainees or their families and the subject remains largely off the agenda.
Earlier this month, 169 Syrian civil society organisations wrote to the UN special envoy for Syria, Staffan de Mistura, to say that the Syrian people feel “increasingly disillusioned with a process that continues to fail them”. They want the Geneva process to prioritise the protection of civilians and they want detainees to be one of the central issues “at the heart of the Geneva negotiations”.
__new_in_first_article1__
Of course, the UN is only as powerful as its member states – and political will to deal with this issue is woefully lacking. Increased public pressure, led by survivors and groups such as Families for Freedom, could push nation states to do more to increase pressure on the Assad regime to act. In the meantime, the UN has been reduced to making statements and recommendations with little hope of enforcement.
The UN has long called for international monitors to be granted access to Assad detention centres, yet this still hasn’t happened. Why? Given that the Assad regime denies allegations of wrongdoing and claims it has nothing to hide, why won’t they allow independent monitors to inspect their facilities? If they are (as all the evidence suggests) hiding gruesome systematic abuses, when will they face consequences for violating international law?
Human rights groups and the UN have also demanded that the Assad regime and all parties to the conflict provide a list of who they have detained and where they are being held (and if they’ve died, what has happened to their bodies). They want an immediate end to torture and executions and they want political prisoners to be released.
The fate of detainees should be integral to discussions about Syria’s future. If it goes unaddressed, how can families heal and recover? Why would exiled Syrians return to their homeland when terror still exists in such a form, without repercussions? Failure to achieve any progress on this issue through diplomatic means leads to disengagement, despair and desperation. This feeds extremism. It is increasingly difficult for Syrian civil society to be able to make a convincing argument for sticking with these political processes, which consistently fail to deliver on the issues most important to Syrians.
When Syrians peacefully protested in 2011, they asked for freedom and dignity. Their demands were met with incarceration and degradation. Over six years have passed and the conflict has grown ever nastier and more complex. It’s easy to feel powerless in the face of the seemingly intractable politics, but nobody is so powerless as a detainee hidden in the dark with all rights stripped away and no means of communicating with the outside world. They’re dependent on us. Are we doing enough? Many of those Syrians risked their lives for the dream of freedom for all. We must decisively ask for theirs.
• Nicola Cutcher is a freelance journalist and co-produced the documentary Syria’s Disappeared: The Case Against Assad
قيم هذا المقال 12 0