Liberman: Israel will not be bystander in Syria 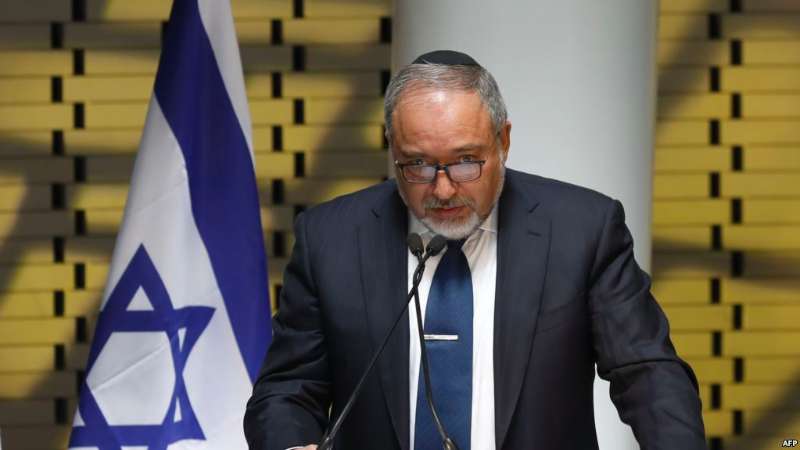 Avigdor Liberman
Orient Net - Jerusalem Post
Defense Minister Avigdor Liberman warned that Israel would not remain a bystander as Iran creates a new reality in Syria.
"Iran, through the Revolutionary Guard, is trying to create a new reality around us with Iranian air and naval bases in Syria, with Shia militias with thousands of mercenaries and precision weapons being produced in Lebanon,” he said. “The State of Israel does not intend to remain a bystander and accept these attempts.”
Liberman was speaking during a meeting with the Forum of the Directors-General and Chairmen of the Israel Institute of Energy and Environment on Thursday shortly after Israeli Prime Minister Benjamin Netanyahu returned from meeting with Russian President Vladimir Putin in the resort town of Sochi.
Jerusalem has repeatedly said that it would not allow Iran to set up a permanent presence in Syria, and Liberman warned in the past that while Israel had no interest in entering Syria’s seven year war, there are red lines that Jerusalem set including the smuggling of sophisticated weaponry to Hezbollah and an Iranian presence on its borders.
Russia, which views Iran as a key player in resolving the crisis in Syria, has repeatedly emphasized the importance of the role that Iran played in the that country, with Russian Foreign Minister Sergey Lavrov praising the cooperation between Russia, Iran and Turkey regarding de-escalation zones as successful and effective.
Netanyahu, who was joined by Mossad head Yossi Cohen and Meir Ben-Shabbat, the recently appointed leader of Israel’s National Security Council, stated that Iran is “well on its way” to controlling not only Syria, but other countries such as Iraq, Yemen and Lebanon.