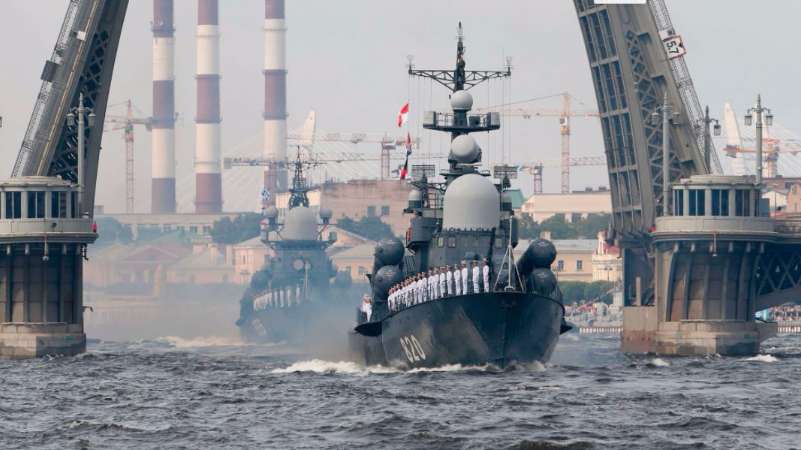 Russia holds first ever military parade in Syria’s Tartous
__new_Underarticle_image_EN__
Orient Net - The Independent
Russia’s armed forces have celebrated Navy Day with processions and parades across the world - including its first ever celebration in Syria.
Navy Day is a national holiday for Russians on which huge parades are held in St Petersburg - Moscow’s second largest city and the home of the Navy - on the last Sunday of July.
There are usually smaller processions at Russian naval bases across the vast country as well as around the world, including Crimea, annexed in 2014, and for the first time this year, the Assad regime-held Syrian city of Tartous.
__new_in_first_article1__
The Russian and Russian navy flags were raised in the city on Sunday as six warships and a Black Sea Fleet submarine took part in the celebrations, Russia state news agency Interfax reported, accompanied by jets from the nearby Khmeimim airbase.
A deal with the Assad regime struck in January of this year will in effect solidify Moscow’s presence at the the Khmeimim air base with a lease over the next 49 years and options to renew the presence of troops there for 25-year-long periods.
It is now Moscow’s only permanent Mediterranean base after President Vladimir Putin signed it into law last week.