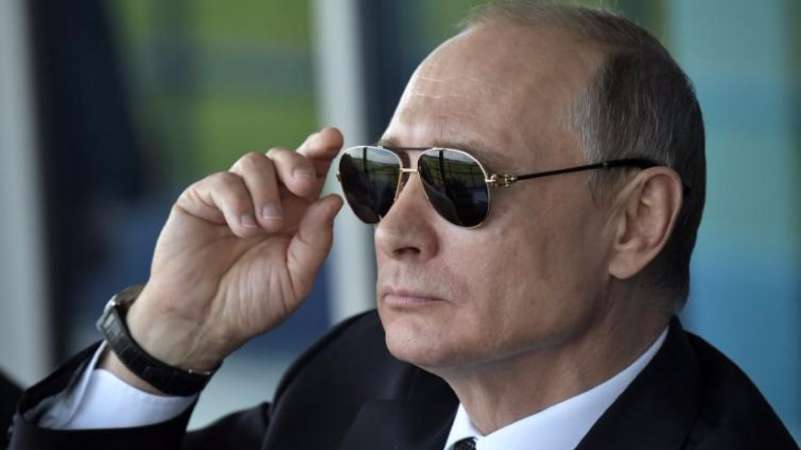 Russian President Vladimir Putin watches a display during the MAKS 2017 air show in Zhukovsky, outside Moscow, Russia July 18, 2017. Sputnik/Alexei Nikolsky/Kremlin via REUTERS
Orient Net
President Vladimir Putin has signed a law ratifying a deal with Assad regime allowing Russia to keep its airbase in Syria for almost half a century, official documents show.
The original deal, signed in Damascus in January, sets out the terms under which Russia can use its Khmeimim air base in Latakia which it has used to carry out air strikes against civilians in most Syrian cities and towns, whose residents oppose Assad regime’s rule.
Putin approved the agreement on Wednesday, after the two chambers of the Russian parliament backed it earlier this month, according to the government’s official information portal.
The document says Russian forces will be deployed at the Khmeimim base for 49 years with the option of extending that arrangement for 25-year periods.
The base has been at the heart of Moscow’s military foray since it intervened in the conflict in September 2015, helping turn the tide in favor of Assad, one of Russia’s closest Middle East allies.