Turkey: No information leaked to AA on US bases in Syria

Turkey: No information leaked to AA on US bases in Syria 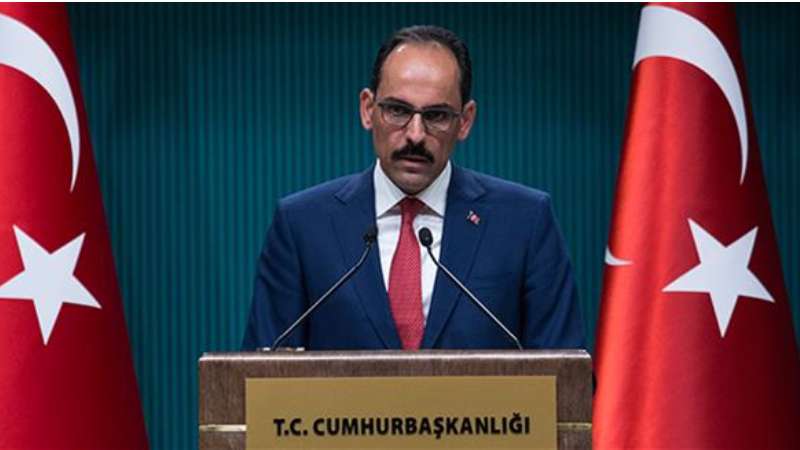 Turkey: No information leaked to AA on US bases in Syria
__new_Underarticle_image_EN__
Orient Net - Hurriyet Daily News
Turkish Presidential Spokesperson Ibrahim Kalin said July 20 that the government did not leak any information to the state-run Anadolu Agency on the locations of U.S. bases in northern Syria, noting that the news report providing a detailed map on where the American troops are deployed was done entirely by the agency.
“As Turkey, we can never have the idea to put the lives of any of our allies’ troops in danger anywhere,” Kalin told reporters at a press conference.
Kalin said information on the locations of the U.S. bases was not given to Anadolu Agency by the government but correspondents on the ground used its own reporting network when preparing the news piece.
__new_in_first_article1__
His comments came after he was asked about Pentagon’s concerns regarding the safety of their troops in northern Syria after the state-run agency reported a detailed map showing the locations of 10 American bases and air strips in northern Syria.
These bases were established in the recent years in cooperation with the People’s Protection Units (YPG) for the ongoing fight against the Islamic State of Iraq and the Levant (ISIL). Turkey considers the YPG a terror organization because of its links to the outlawed Kurdistan Workers’ Party (PKK) and urges the U.S. to cut ties with the group.
The U.S., however, sees the YPG as an ally and provides arms to the group in order to fight against ISIL.
Kalin reiterated that Turkey would never think of endangering the lives of any of its allies’ troops, adding that Turkey expected the same from its allies.