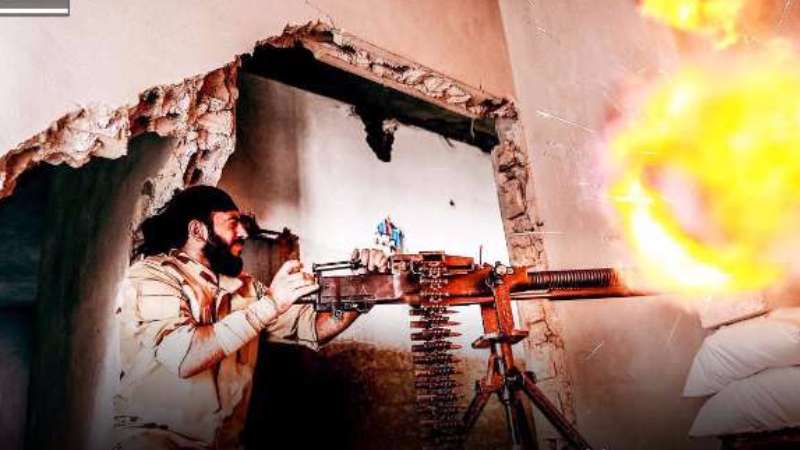 Orient Net
Opposition fighters were able to respond again to the attempts of the Assad terrorists and the Iranian-led mercenaries to occupy eastern Ghouta in Damascus countryside, from the fronts of Ein Terma, east of the capital, and the fronts of al-Rayhan, deep in Ghouta.
Opposition-affiliated Jaysh al-Islam announced late on Wednesday (July 19) that 35 Assad terrorists and Iranian-led Shiite mercenaries were killed after the Assad-allied terrorists attempted to storm into the opposition-controlled areas of eastern Ghouta from al-Rayhan fronts.
The opposition fighting group added that two Assad-belonging T72 tanks and a BMB vehicle were destroyed amidst the fighting.
The media office of Jaysh al-Islam published photos showing ID cards belonging to the killed Assad-affiliated terrorists. 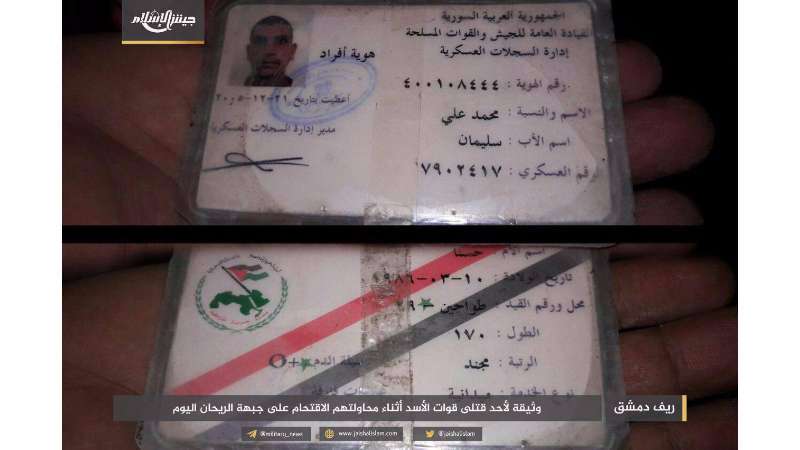 Meanwhile, fighting between al-Rahman Corps – an affiliate of the Free Syrian Army (FSA) – on the one hand and Assad terrorists – backed by Iranian-led Shiite militias – on the other hand on Ein Terma fronts in eastern Ghouta, amid fierce aerial and artillery bombardment of the city’s neighborhoods by the latter.
Furthermore, the cities of Harasta and Douma in eastern Ghouta were overwhelmed on Wednesday by Assad regime’s artillery shelling of the civilian-populated cities, wounding a number of civilians and rescue volunteers from Syria Civil Defence teams.
Assad terrorists and the Iranian-led mercenaries continue to try to storm into eastern Ghouta despite its inclusion in the "de-escalation zones" agreement signed by Russia, Turkey and Iran in the recent Astana talks.