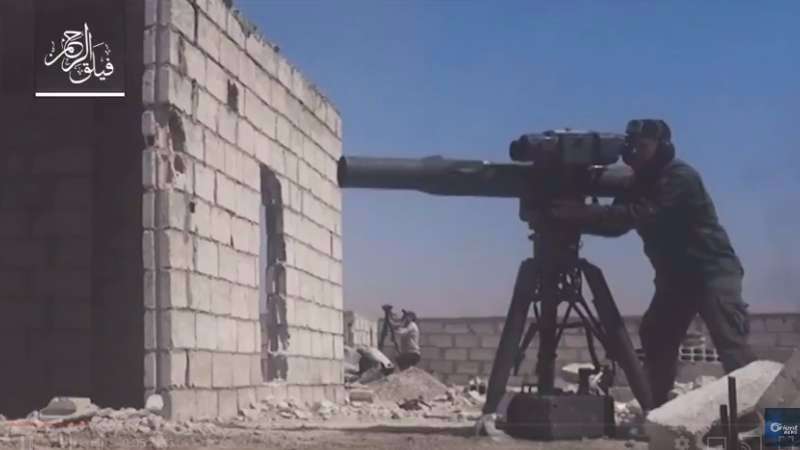 Orient Net
Opposition fighters were able to foil the attempts of Assad terrorists and Iranian-led militias to occupy new areas in eastern Ghouta in Damascus countryside.
The media office of FSA-member al-Rahman Corps reported on Tuesday (July 11) that clashes broke out between the Free Syrian Army (FSA) on the one hand and Assad terrorists, backed by Iranian-led Shiite mercenaries, on the other on the eastern Ghouta fronts after the latter tried to occupy new sites in the area.
The media office added that the opposition fighters were able to destroy an Assad-belonging T90 tank in Ein Tarma.
Assad terrorists and Iranian-led militias continue to attack and shell opposition-controlled areas of eastern Ghouta despite the "de-escalation zones" agreement agreed by Russia, Iran and Turkey in the Astana 4 talks, of which one of its four zones includes Ghouta region in Damascus.