Protesters call for liberation of YPG-occupied areas in north Aleppo

Protesters call for liberation of YPG-occupied areas in north Aleppo 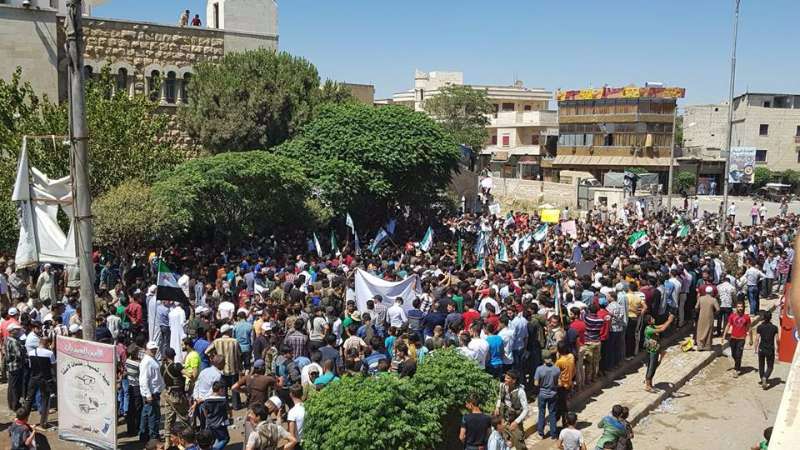 Protesters call for liberation of YPG-occupied areas in north Aleppo
__new_Underarticle_image_EN__
Orient Net
People took to the streets of the Euphrates Shield-controlled areas on Friday (July 7) to protest the so-called Syria Democratic Forces’ (SDF) occupation of Syrian land.
Orient News correspondent Khaled Abo al-Majd reported people in Mare’, al-Bab’ Jarablus, Azaz, Hezwan and Baza’a went out to the streets of their towns following Friday prayers urging for the immediate liberation of the towns and cities that fell under the occupation of the YPG-dominated SDF militia. 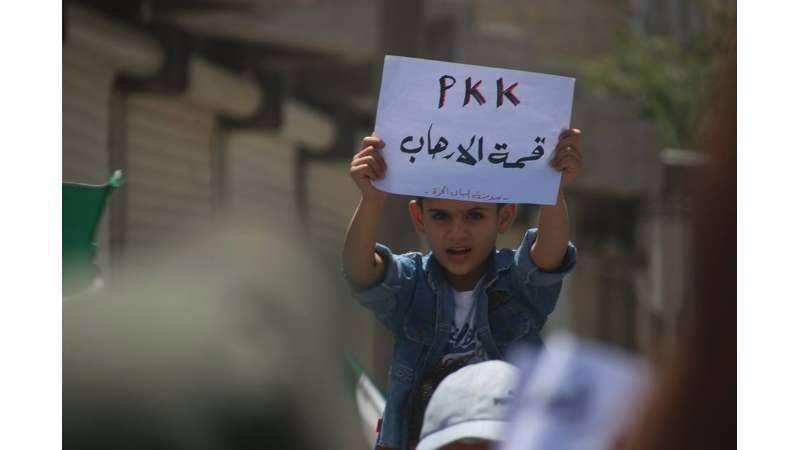 Child carrying a banner on which is written: “PKK: Head of terrorism."
The demonstrators called on the Free Syrian Army to liberate areas in Aleppo northern countryside which the YPG militia occupied early 2016 with Russian air cover, most notably Tal Rifaat city and Meng town.
__new_in_first_article1__ 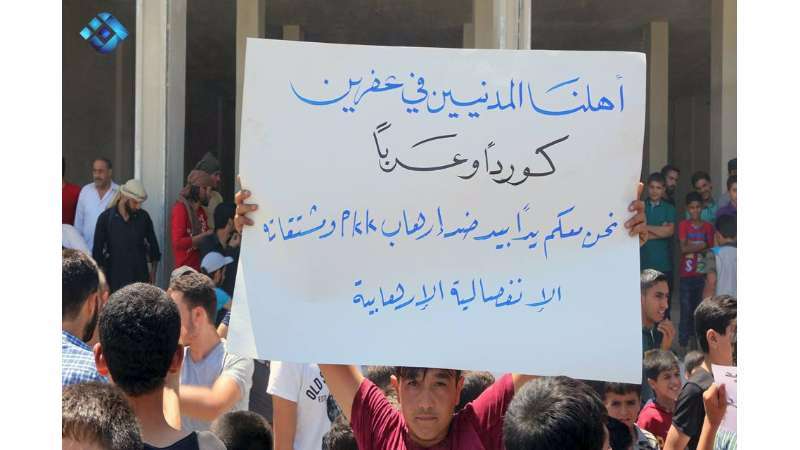 A protester carrying a banner on which is written: “Our civilians in Efrin, Kurds and Arabs, we are with you hand-in-hand against PKK terrorism and its separatist terrorist affiliates.”
Abo al-Majd noted that people residing in areas fallen under the control of Kurdish militants participated heavily in the demonstrations, which welcomed the Turkish military operation expected in northern Syria against YPG.
A group of people from the town of Tal Rifaat and the surrounding villages in Aleppo northern countryside recently formed Ahly al-Duyar operations room against PKK-affiliated SDF militia which occupies their homes and land.