UN: Damage in Mosul worse than expected, will take years to repair 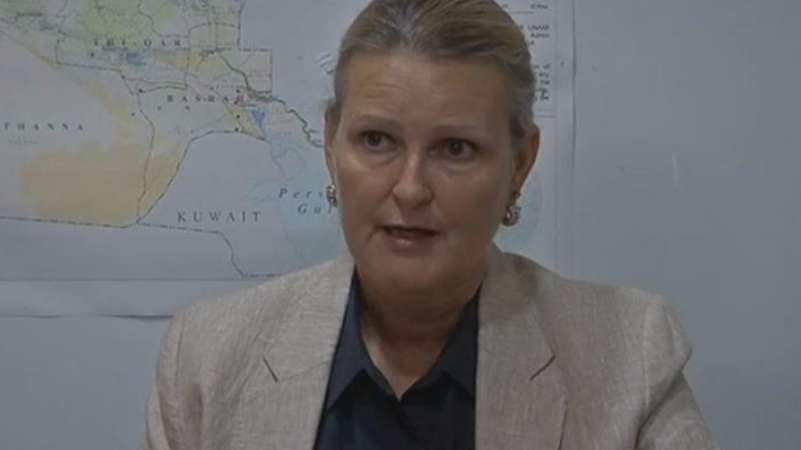 United Nations Humanitarian Coordinator for Iraq, Lise Grande (Photo: Reuters)
Orient Net - Reuters
A US-backed Baghdad government offensive against ISIS nearly completely destroyed six districts in western Mosul, and getting basic infrastructure across the city running again will cost more than  billion, a senior UN official said on Wednesday (July 5).
Baghdad commanders have predicted final victory in Mosul this week after a grinding eight-month assault on the once two-million-strong city which has pushed ISIS into a rectangle no more than 300 by 500 metres beside the Tigris.
But the fighting, involving air strikes, artillery, and ISIS car bombs, has left Mosul a shattered shell of its former self and displaced around half of its pre-war population.
United Nations Humanitarian Coordinator for Iraq, Lise Grande, told Reuters the level of damage had exceeded predictions and was much worse in the western half of the city than it had been in the eastern half.