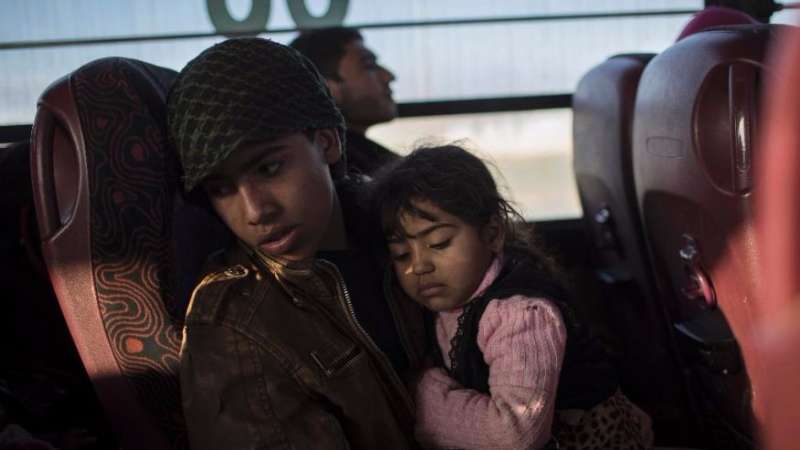 UN urges Iraqi government to halt forced evictions from Mosul (Photo: AP)
Orient Net
The United Nations called on the Iraqi government on Friday (June 30) to intervene to halt forced evictions of people suspected of having ties to ISIS from the city of Mosul and other areas, Reuters reported.
Iraqi government forces attacked ISIS’ remaining redoubt in Mosul's Old City on Friday, a day after formally declaring the end of the insurgents' self-declared caliphate and the capture of the historic mosque which symbolized their power.
Hundreds of families have received threatening letters laying down a deadline for leaving, which amount to "acts of vengeance", UN human rights spokesman Rupert Colville said.
"We urge the Iraqi government to take action to halt such imminent evictions or any type of collective punishment, and to reinforce the formal justice system to bring perpetrators to justice," he told a news briefing in Geneva.
Any criminal liability of one family member cannot be transferred to another innocent person, Reuters quoted him as saying.
So-called "night letters" have been left at homes or distributed in neighborhoods including the towns of Shirqat in Salahuddin province, north of Baghdad, Hit, east of the capital, Qayyara, south of Mosul, and in Mosul itself.
"These letters typically warn people to leave by a particular date or face forced expulsion. Many of these threats are the result of tribal agreements that explicitly demand that families of affiliated ISIS members be excluded from the area," he said.
Forced evictions mean losing housing and access to food, education and health services, he said.
The UN human rights office reminded all parties to the fighting, including the US-led international coalition, that they must seek to protect civilians.
International humanitarian law requires abiding by the principles of humanity, precaution, proportionality and distinction between military and civilian infrastructure.