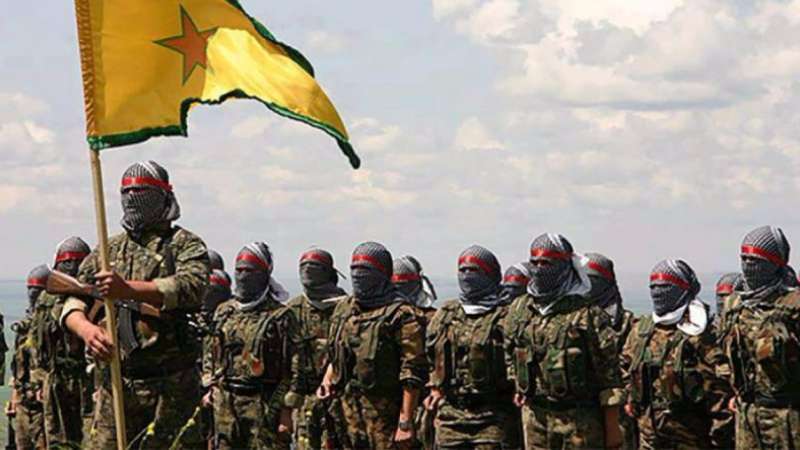 YPG-led militia threatens Turkey of possible confrontation in Syria
__new_Underarticle_image_EN__
Orient Net
The so-called Syria Democratic Forces (SDF) threatened on Thursday (June 29) of the prospect of fierce confrontation with the Turkish army in northwestern Syria if it attacks US-backed SDF areas.
Naser Haj Mansour, a senior YPG-dominated SDF official, told Reuters the SDF had taken a decision to confront Turkish forces "if they try to go beyond the known lines" in the areas near Aleppo where the sides exchanged fire on Wednesday.
"Certainly there is a big possibility of open and fierce confrontations in this area, particularly given that the SDF is equipped and prepared," he said. "If it (the Turkish army) attacks we will defend, and if it attacks there will be clashes."
Turkey has recently deployed reinforcements into the area, according to Turkey-backed anti-Assad fighters, prompting YPG militants’ concern that Ankara is planning to attack nearby areas that are under SDF control.
__new_in_first_article1__
The SDF is dominated by Kurdish groups spearheaded by the YPG militia which Turkey views as an extension of the Kurdistan Workers Party (PKK), which has waged a three-decade insurgency in Turkey.
The Turkish military said on Wednesday it had fired artillery at YPG positions south of the town of Azaz in what it said was a response to the YPG's targeting of Turkey-backed anti-Assad fighters. Mansour said the SDF had responded to Turkish shelling.
On Thursday, Turkey's deputy Prime Minister, Numan Kurtulmus, said it would retaliate against any cross-border gunfire from the YPG and not remain silent in the face of anti-Turkey activities by terrorist groups abroad.
Kurtulmus also reiterated Ankara's opposition to the US arming of YPG combatants and said US officials would understand this was the "wrong path".