Mosul mosque where ISIS declared caliphate 'has been recaptured' 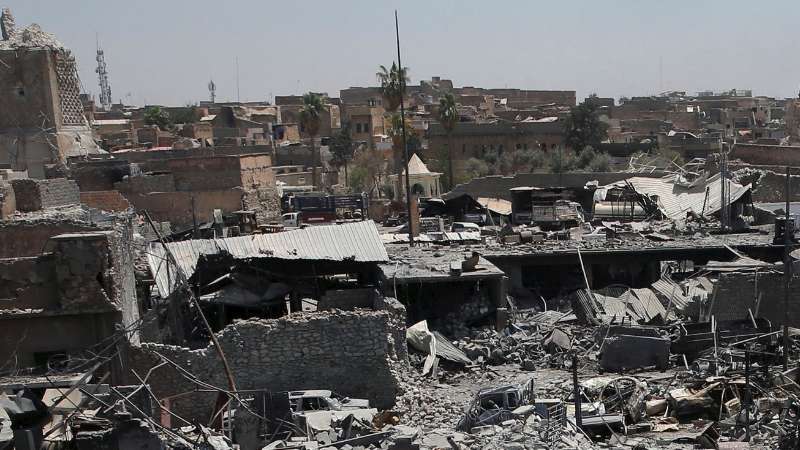 The ruins of the Great Mosque of al-Nuri in Mosul, Iraq, with the destroyed Hadba minaret on the left (Photo: Erik de Castro/Reuters)
Orient Net
Iran-backed Baghdad forces claim to have recaptured the Great Mosque of al-Nuri in Mosul – where Abu Bakr al-Baghdadi proclaimed himself leader of ISIS three years ago.
The claim marks a turning point in the declared offensive on ISIS terrorists, placing Iran-backed militias in the heart of the Old City – the last redoubt of ISIS in Mosul – and probably within a fortnight of occupying all of Mosul.
Baghdadi declared a caliphate from the mosque three years ago to the day – 29 June 2014 – at the height of the terrorist group’s power.
The Hadba minaret adjoining the mosque was destroyed last week, causing extensive damage to the surrounding compound. The fight for the terror group’s last redoubt was grinding and savage.
The Baghdad forces entered the compound and took control of the surrounding streets on Thursday afternoon, following a dawn push into the area, said Lt Gen Abdul Wahab al-Saadi.
Baghdadi has left the fighting in Mosul to local commanders and is believed to be hiding in the border area between Iraq and Syria, according to US and Baghdad military sources.