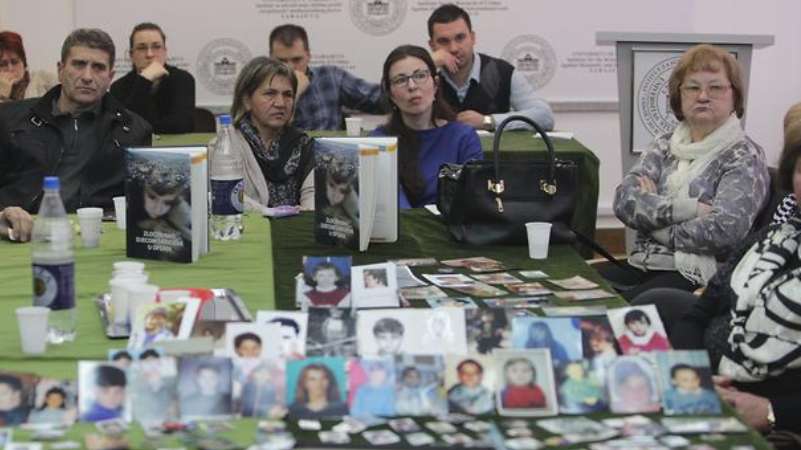 Victims pictures are displayed on a table as people watch the International Criminal Tribunal for Former Yugoslavia court verdict session (EPA)
A Dutch appeals court ruled Tuesday that the government was partially liable in the deaths of some 300 Muslim men killed by Bosnian Serb forces in the 1995 Srebrenica massacre.

The ruling largely upheld a civil court's landmark 2014 judgment that said the state was liable in the deaths of the Bosnian Muslim men who were turned over by Dutch UN peacekeepers to Bosnian Serb forces in July 1995 and subsequently killed.
Hague Appeals Court presiding judge Gepke Dulek said the men were killed after being removed by Dutch UN peacekeepers from their compound during a mass evacuation. Bosnian Serb forces led by Gen. Ratko Mladic had overrun the UN-declared safe haven in eastern Bosnia.
__new_in_first_article1__
"By having the men leave the compound unreservedly, they were deprived of a chance of survival," presiding judge Gepke Dulek said.
The men were among around 8,000 Muslim men and boys killed by Bosnian Serb forces in Europe's worst massacre since World War II.
The ruling angered a group of female relatives of victims of the massacre who were in court for the ruling.
قيم هذا المقال