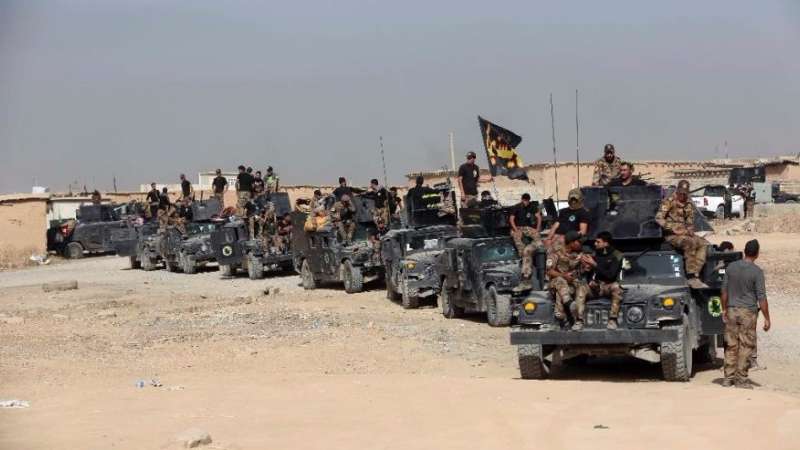 Baghdad government's forces gather ahead of an operation to re-take the ISIS-held City of Mosul, outside Irbil, October 15, 2016 (Photo: AP)
Orient Net
The Islamic State of Iraq and Syria (ISIS) carried out on Monday (June 26) a series of suicide attacks targeting the Shia militia of al-Hashd al-Shaabi and Iran-backed Baghdad forces in the old city of Mosul.
Turkish Anadolu Agency (AA) said, citing a captain in Baghdad forces, that a number of ISIS terrorists, including suicide bombers, attacked Iran-backed police forces in Mosul’s old city early on Monday, which caused clashes to break out.
A number of policemen were injured after short-distance clashes with ISIS terrorists, AA the captain told AA.
Citing another official in Baghdad police, AA said that 4 ISIS terrorists were killed after their attack was foiled.
The fighting still continues between Baghdad forces and Shia militias on the one side and ISIS terrorists on the other the old city of Mosul.
The Shia alliance of Iran-backed forces launched a military campaign in October and was able to occupy the eastern parts of the city.