Iran has drone base near US troops in Syria - NBC NEWS 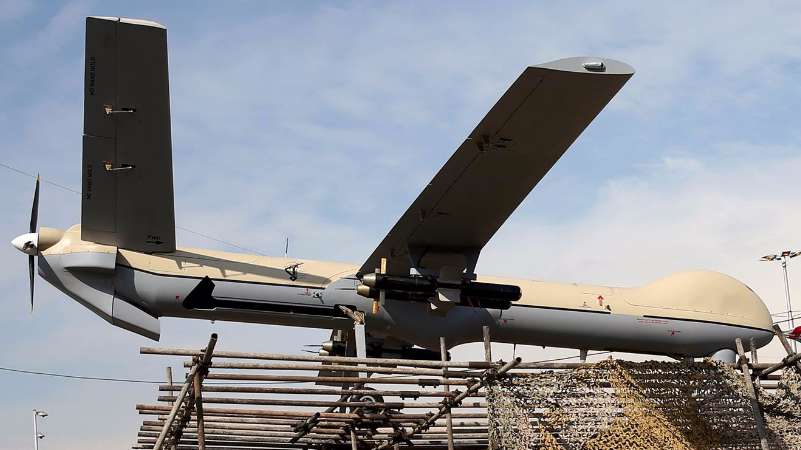 Iranian Shahed drone (Photo: AP)
Orient Net - NBC NEWS
Iran has established a drone airfield inside Syria not far from a US military base, US officials said Tuesday.
The airfield may be the source of drones that have recently threatened US troops.
According to two US defense officials, the Iranian airfield near Palmyra, Syria, has a ground control station for operating drones.
The US and the coalition have a base in At Tanf, Syria, close to where the Iraqi, Jordanian and Syrian borders intersect, 80 miles south of Palmyra.
The Iranians have been basing Shahed-129 drones at the airfield, according to the officials.
The Iranian-made drones can be armed or used for reconnaissance.
Neither official could say for sure whether either of the two drones that the US has shot down in southern Syria flew out of that base, but both said it was likely.