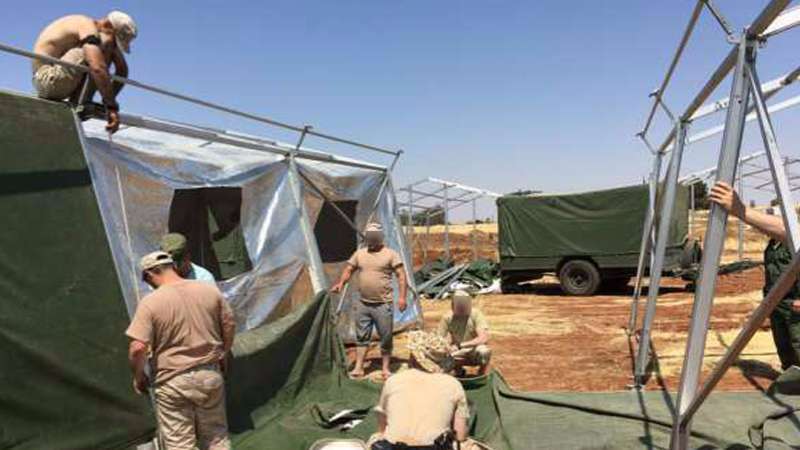 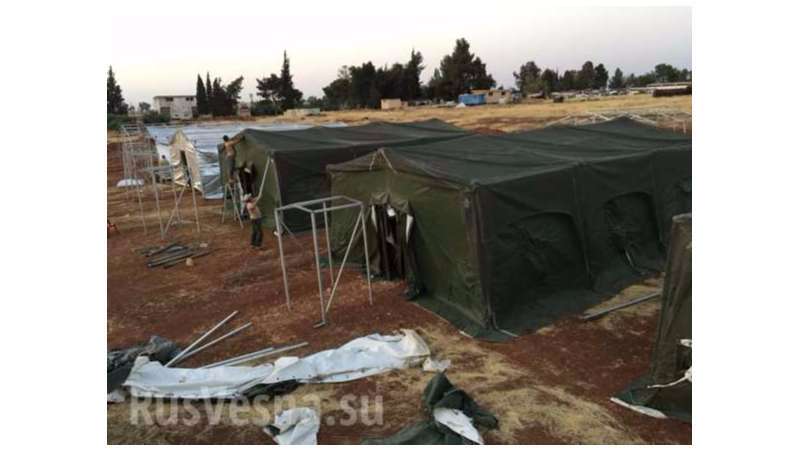 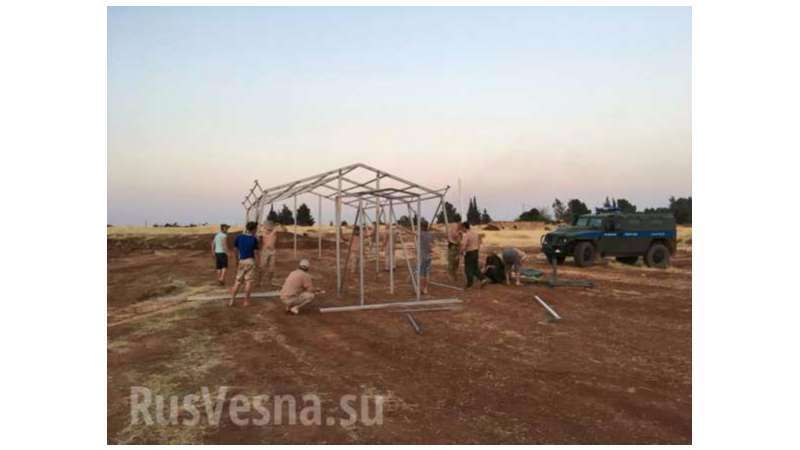 The Russian site reported that 500 soldiers will be accommodated in tents equipped with air conditioning systems, a 100-seat dining room and a sauna bath.
The site pointed out that the new camp comes in light of the deployment of Russian soldiers at checkpoints and observation posts in Hama, according to the Syrian Enab Baladi website.
Russia's Deputy Foreign Minister Mikhail Bogdanov said earlier that the guarantors of the "de-escalation" agreement in Syria – Russia, Turkey and Iran – will begin to delimit the areas covered by the deal.
__new_in_first_article1__
Turkish army in Idlib, Russian army in Hama
A recent report by Orient Net exposed the movements of the Turkish army in the Idlib province and Russian forces in Hama countryside.
These military movements include reinforcement to further increase the ground controlled between opposition fighters and Assad terrorists.
Sources pointed out that the movements of both the Turkish and Russian armies in Idlib and Hama, respectively, fall in accordance with the “de-escalation” agreement which was signed on May 5 in the Kazakh capital, Astana.
Four “de-escalation zones" agreed upon would cover Idlib province, northeastern areas of Latakia province, western areas of Aleppo province and northern areas of Hama province within the first zone; Rastan and Talbiseh enclave in northern Homs province in the second zone; eastern Ghouta in Damascus northern countryside in the third zone; and southern Syria (al-Quneitra and Daraa provinces) in the fourth zone.
The aim of the deal is to “put an immediate end to the violence, improve the humanitarian situation and create favorable conditions to advance the political settlement in Syria.”
However, a UN investigative commission for Syria said on Wednesday that last month’s “de-escalation” agreement has reduced violence in only one of the four zones included in the deal and has not led to greater humanitarian access to besieged areas.
The agreement gives the "guarantor states” a period until July 4, 2017 to meet the requirements of the deal.