US continues to provide military aid to PKK in Syria

US continues to provide military aid to PKK in Syria 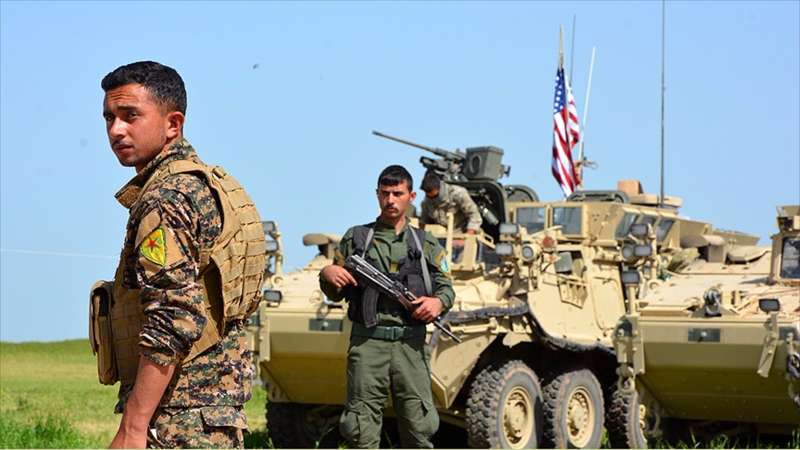 YPG militants reinforced with US military vehicles (Photo: EPA)
__new_Underarticle_image_EN__
Orient Net
The US has continued its military support for PKK/PYD terrorist group in Syria as 50 more trucks were seen arriving in northeastern Syria early Friday (June 16), according to Anadolu Agency’s correspondent on the ground.
The trucks allegedly carried armored vehicles and ammunition from Iraqi-Syrian border and reached Al-Hasakah city.
The number of shipments made by US to the terrorist elements increased to 130 trucks in the last 10 days. On June 5, 60 trucks and on Monday 20 trucks were delivered to PKK/PYD.
__new_in_first_article1__
On 9 May, the Pentagon had announced that US President Donald Trump had approved arming the so-called Kurdish Syria Democratic Forces (SDF) ahead of an attempt to drive ISIS from Raqqah, the last Syrian city held by the terror group.
Since then, the US has shipped a total of 348 trucks of military aid to the PYD-led Kurdish militia, including Friday's shipment.
According to the document Anadolu Agency obtained from Pentagon, the list of weapons which are to be given to PKK/PYD among other groups included 12,000 Kalashnikov rifles, 6,000 machine guns, 3,500 heavy machine guns, 3,000 American RPG-7, 1,000 American AT-4 or Russian made SPG-9 anti-tank weapon.
The list also included 235 howitzers of different calibers, 100 sniper rifles, 450 PV-7 night vision glasses and 150 infrared laser illuminators.