UN investigators: ‘De-escalation’ reduced violence in only one zone

UN investigators: ‘De-escalation’ reduced violence in only one zone 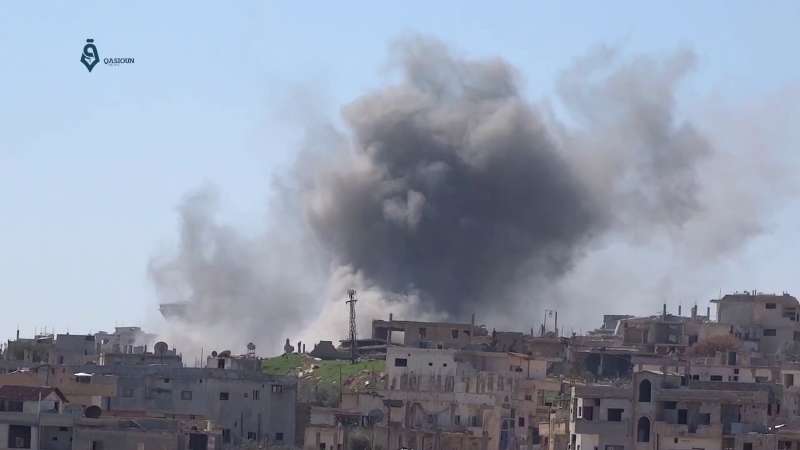 Assad warplanes targeting residential neighborhoods of Daraa Al-Balad (Photo: Qasioun News Agency)
__new_Underarticle_image_EN__
Orient Net - AP
A U.N. investigative commission for Syria said on Wednesday that last month’s “de-escalation” agreement has reduced violence in only one of the four zones included in the deal and has not led to greater humanitarian access to besieged areas.
The Independent International Commission of Inquiry told the U.N. Human Rights Council that fighting around the central province of Homs, near Damascus and in the southern city of Daraa has continued — despite the deal brokered by Russia, Turkey and Iran in May.
Only in the northern Idlib province and western Aleppo has there been “discernible reduction” in violence, said the chair of the U.N. commission, Paulo Sergio Pinheiro. He spoke in Geneva.
Violence in the southern province Daraa has escalated, with some of the most intense bombing reported in recent weeks.
__new_in_first_article1__
On Wednesday, activists and rescue workers reported at least 12 airstrikes and artillery shelling in different areas of Daraa, the southern province. Syrian Civil Defense first responders, also known as White Helmets, reported that an airstrike hit a school that served as a shelter for displaced people in the province’ west. There was no immediate word on casualties.
“Whether it be the unrestrained use of airstrikes against residential neighborhoods, attacks against doctors and hospitals, or the use of suicide bombers that deliberately target civilians, fighting remains brutal in purpose and reprehensible in method,” Pinheiro said.
A map of the de-escalation zones and a mechanism of how to monitor them have yet to be released. Pinheiro said there has also not been any improvement in the delivery of humanitarian aid.
“In those areas more urgently in need of humanitarian assistance, the United Nations has only been permitted one humanitarian delivery in 2017,” he told the council. “Time and time again, warring parties and influential states have failed to capitalize on the opportunities presented by the respites from hostilities.”
Outside the four zones, Pinheiro said some 600,000 people remain trapped in besieged areas where many are subjected to daily airstrikes.