US offers reward for information on al-Jawlani

US offers reward for information on al-Jawlani 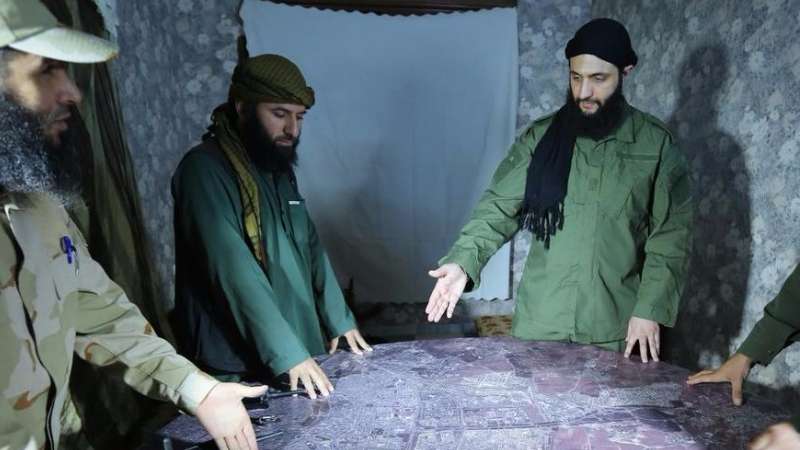 Al-Jawlani (R) discussing tactics with military leaders during the battle to break Aleppo's siege
__new_Underarticle_image_EN__
Orient Net
The United States has offered a reward of up to $ 10 millions for information on the leader of Jabhat Fatth al-Sham ( previously al-Nusra Front), a fighting group which broke ties with al-Qaeda, but still considered its affiliate by the US.
The State Department said on Wednesday (May 10) it would offer the reward for information "leading to the identification or location" of Abu Mohammad al-Jawlani, who the department named a "specially designated global terrorist" in 2013.
Al-Jawlani, a Syrian, is the leader of the Jabhat Fatth al-Sham which the US State Department designated a "foreign terrorist organization." The group cut ties with al-Qaeda last year.
In 2017, the group joined a number of opposition fighters’ factions in a recent merger and the alliance of factions was named Hay’at Tahrir al-Sham.