Orient Net
An unidentified combat drone caused on Wednesday fire to break out in a refugee camp for Syrian IDPs in northern Syria, killing a girl and injuring other civilians.
Orient News correspondent Hashem al-Abdullah who reports from Idlib said that the hit camp was “Aleppo 1,” which is located on the Syrian - Turkish border near Darkoush town, northwest of Idlib.
He added that the combat drone fired a number of missiles which led to burning several tents, but the strong wind spread the fire to neighboring tents. 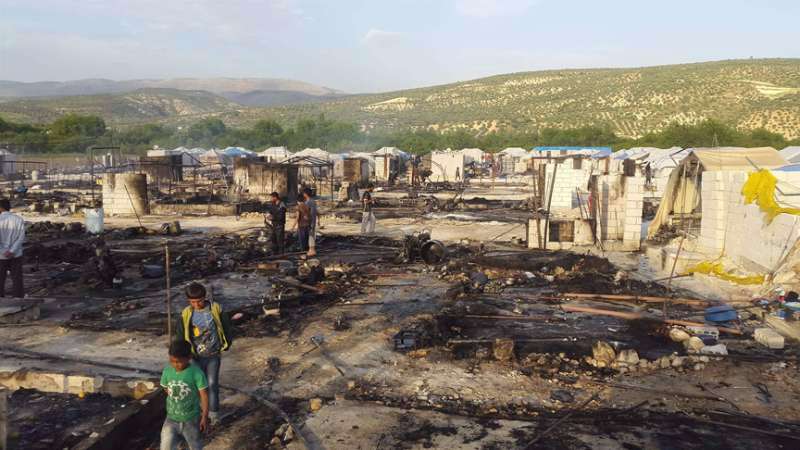 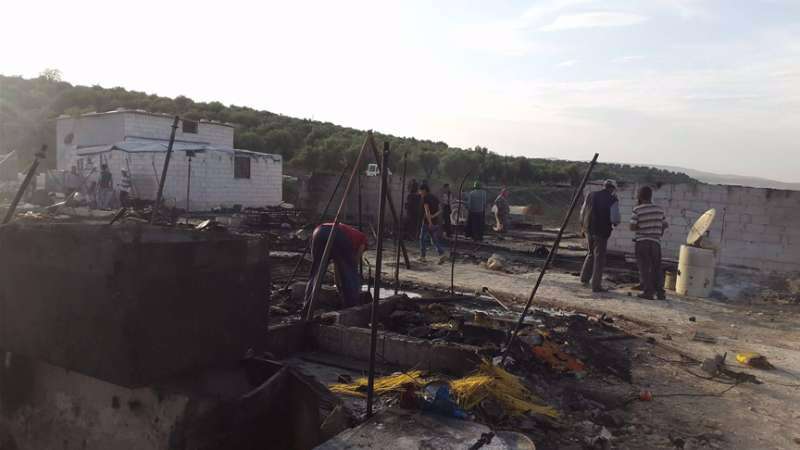 (Residents of "Aleppo 1" camp inspect the damage after the combat drone attack, Idlib countryside, near the town of Darkoush, Wednesday, May 3, 2017 - Photos: Orient)
Al-Abdullah also said that as many as 100 tents were completely destroyed, while about 50 others were heavily damaged. The total number of tents in the camp is 215, according to camp residents. So, more than half of the camp’s tents are now burned.
Rescue workers of the Syria Civil Defense rushed to the scene, secured the camp’s residents and contained the fire, according to our correspondent. 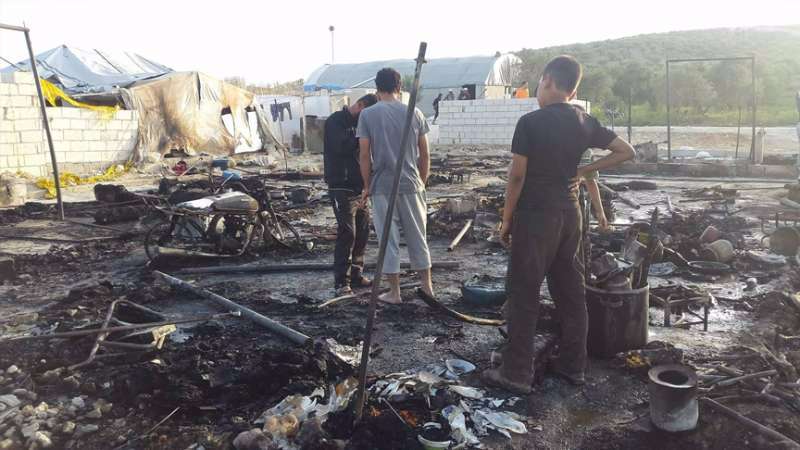 (IDPs standing in the ruins of their burnt camp "Aleppo 1" after the combat drone attack, Idlib countryside, near the town of Darkoush, Wednesday, May 3, 2017 - Photo: Orient)
Aleppo 1 camp is home to about 200 refugee families which had fled the fighting in Aleppo and Aleppo southern countryside. They are now living in the open after their camps were burnt, Orient News correspondent said.
Aleppo 1 camp is only 200 meters away from the Syrian – Turkish border line. 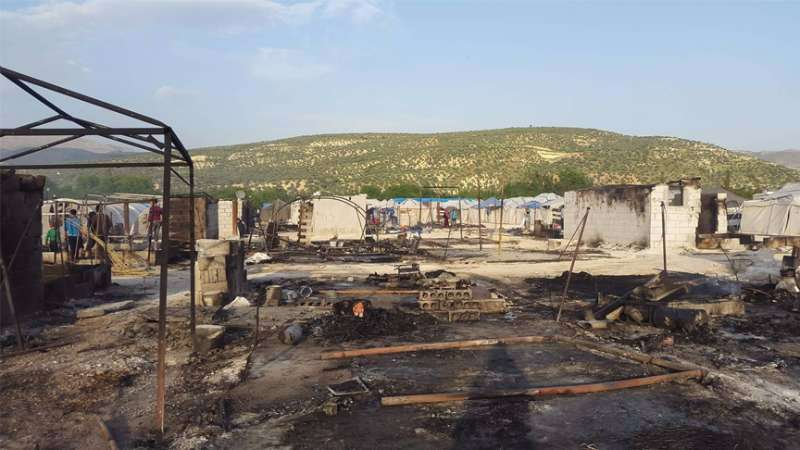 (A general view of the burnt "Aleppo 1" IDPs camp after the combat drone attack, Idlib countryside, near the town of Darkoush, Wednesday, May 3, 2017 - Photo: Orient)
Two hours earlier on Wednesday, another refugee camp, al-Wafa Camp, was targeted by a drone, according to Orient News correspondent. Huge destruction was caused to the camp and 2 IDPs were injured, one of them seriously, he said.
Despite the inability to determine the identity of the “unmanned aerial vehicles”, these drones in Idlib’s and Idlib countryside’s skies are mostly Russian reconnaissance or combat drones, according to activists.