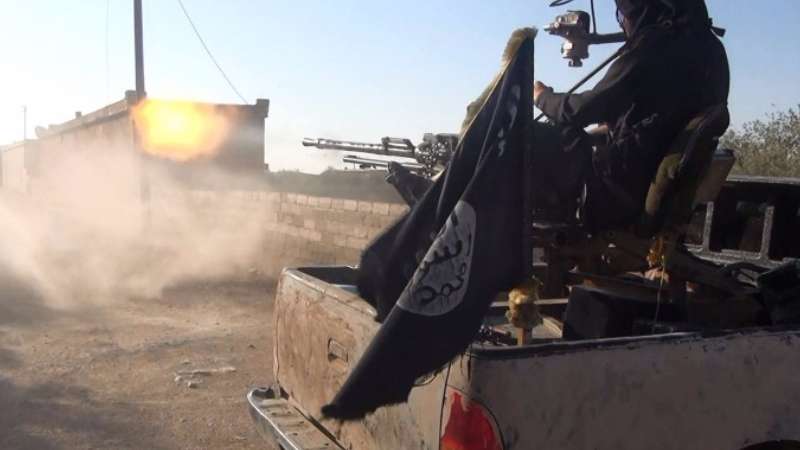 (Photo: Qasioun)
Orient Net
ISIS terrorists controlled Monday (May 1) two Assad terrorists’ ‎sites in ‎Jib al-Jarrah in the Homs eastern countryside after conducting a surprise attack which left heavy losses among the regime’s terrorists and the Shia allied militiamen.‎
‎ISIS terrorists conducted a sudden swift ‎attack on Assad terrorists’ locations in Makser al-‎Hesan in Homs eastern countryside, ‎killing and injuring many of the regime’s ‎terrorists. The extremists used guided missiles in destroying an Assad minesweeper and a machine gun, Orient News correspondent said.
On its side, ISIS-affiliated Amaq said that 6 Assad terrorists were killed on Monday and 15 were seriously injured after their attack was repelled by ISIS near the Assad garrison of al-Tleila to the east of Palmyra.‎