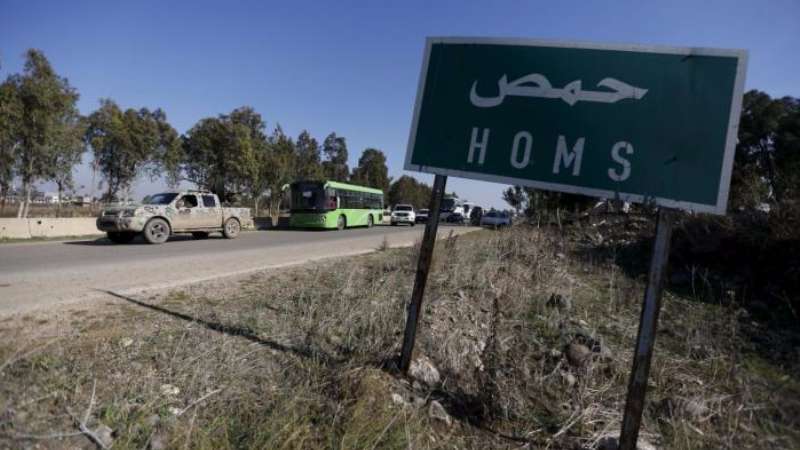 File photo - Buses leave al-Waer in a truce between Assad regime and opposition in 2015 (Reuters)
Orient Net
A new group of the population of al-Waer neighborhood in Homs is expected to be displaced on Sunday (April 30) to Idlib countryside in northwestern Syria.
Successive batches are going to depart the besieged, opposition-held neighborhood until the completion of the displacement process, Judy Arash Orient News correspondent said.
The new batch is the seventh one and will see 2000 people forcibly leaving the neighborhood, including 300 opposition fighters and a number of sick people, she added.
Activist-run Homs Media Center said it was agreed that civilian vehicles would be allowed to leave the neighborhood, even if their owners were on Assad regime’s hit list. The vehicles may be sold or transferred to another owner, but within the time limit of one month. Another stipulation is that vehicles will not be allowed to leave with the bus convoys.
The previous batch of al-Waer neighborhood’s internally displaced persons left on Monday (April 24) to Jarablus on the Syrian-Turkish border.
The forced displacement of al-Waer population started mid-March after a Russia-brokered deal with the Assad regime after the latter carpet-bombed al-Waer, killing and injuring dozens.