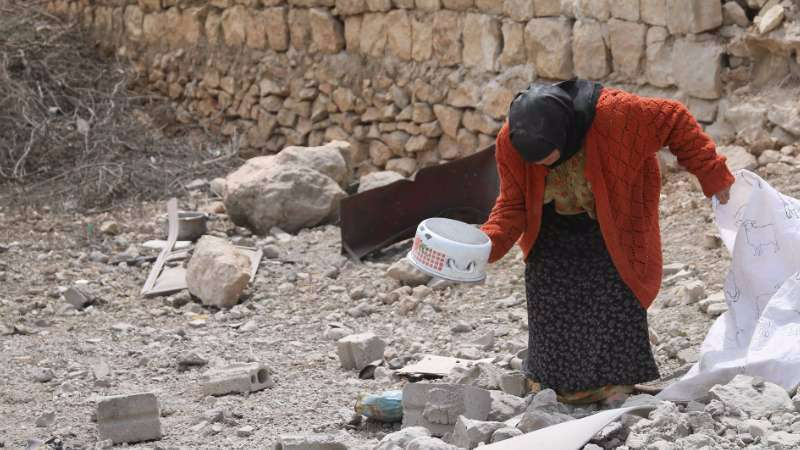 An elderly woman looking through the rubble of her home. (Photo: Orient)
Orient Net
Russian warplanes launched Tuesday night, ‎several airstrikes, killing seven civilians and ‎wounding others in the preliminary toll which ‎rose to 10 in the Besnqul village south of Idlib.‎
Orient News correspondents Anas Tracey reported that ‎"10 civilians have been killed so far, majority women and children, while dozens of other civilians injured," as Russian warplanes carry out several airstrikes on the residential neighborhood of Besnqul village. 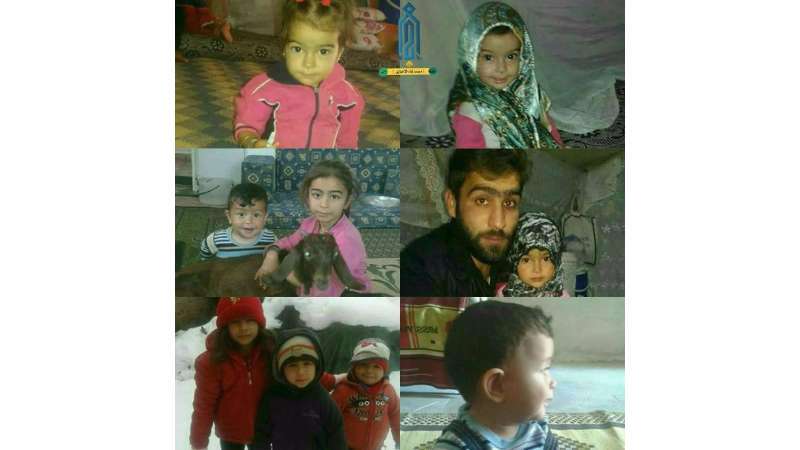 The correspondent added that the area was heavily damaged by ‎bombardment. Civil defense ‎personnel rushed to the areas of the raids and ‎worked to rescue the injured and recover the ‎bodies from the rubble.‎
The death toll is a preliminary one as many remain trapped under the rubble, Tracey reported. 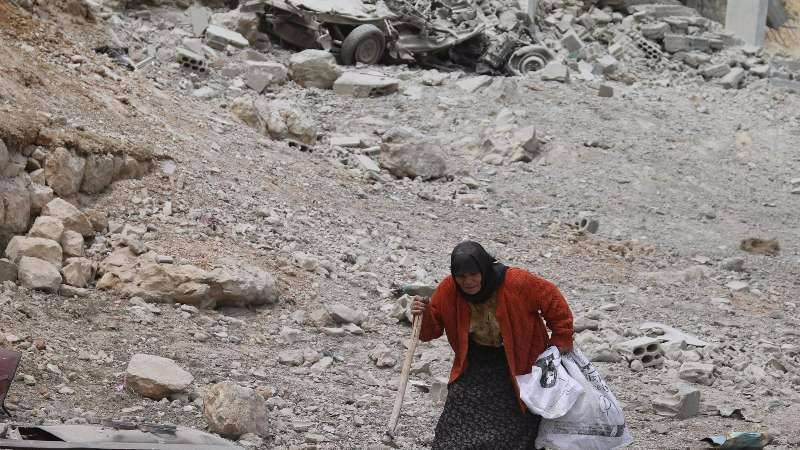 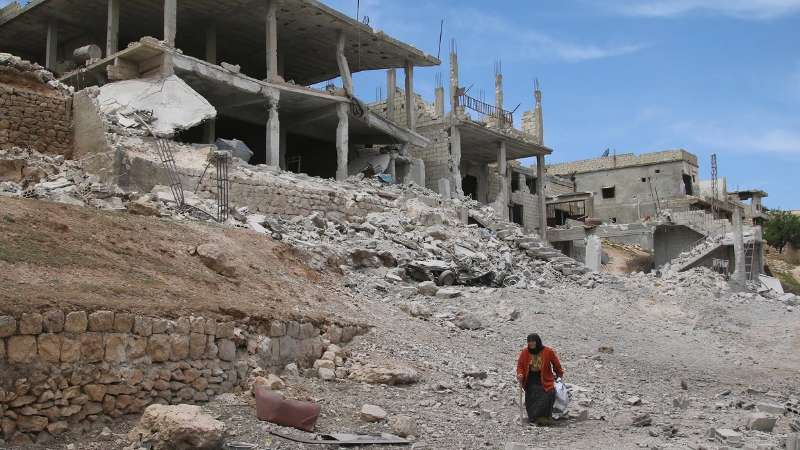 The Russian planes flew from time to time in ‎the area amid warnings from the observatories ‎to take precautions, after the Russian aircraft ‎launched several airstrikes targeted Taramla, Kernabal, Rakaya in Idlib southern countryside. The towns of Maher Plate and Kansafra in ‎al-Zawiya Mountain were also attacked, where a number of civilians were reported wounded.‎
As Russian warplanes carried out airstrikes on a couple of areas in Idlib southern countryside, Assad’s helicopter on Wednesday threw several barrel bombs at a hospital in the town of al-Rakaya, rendering it out of service.
Al-Rakaya’s hospital marks the seventh hospital to go out of service in April as Assad-Russian jets deliberately target medical facilities in Idlib province. 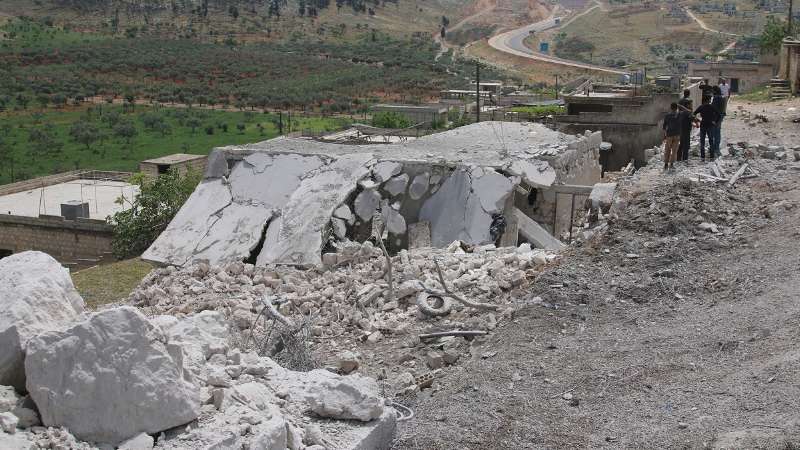 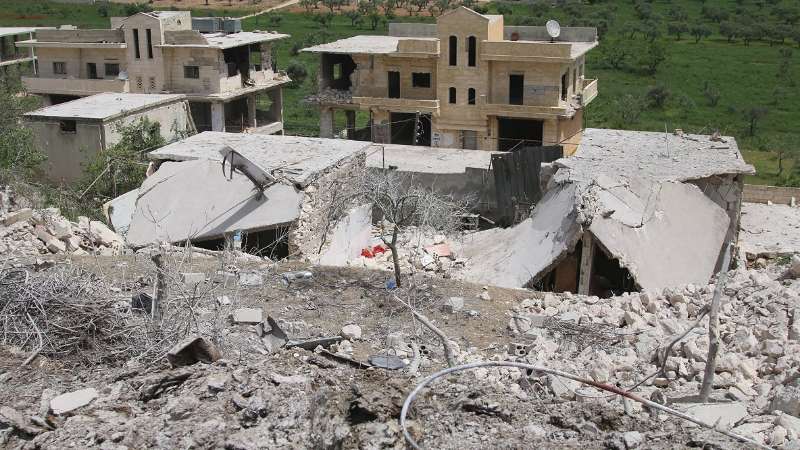 On Tuesday, Russian airstrikes targeted the Surgical Hospital ‎in Kafr Takharim, killing 15 civilians, ‎wounding several others and rendering the ‎hospital out of service.‎
It is worth mentioning that Russian aircraft ‎committed a massacre last Monday in the city ‎of Khan Sheikhoun south of Idlib after they ‎targeted a popular market in the city, resulting ‎in the deaths of 5, whose photos could not help ‎in identifying them, because they were burnt beyond recognition.‎