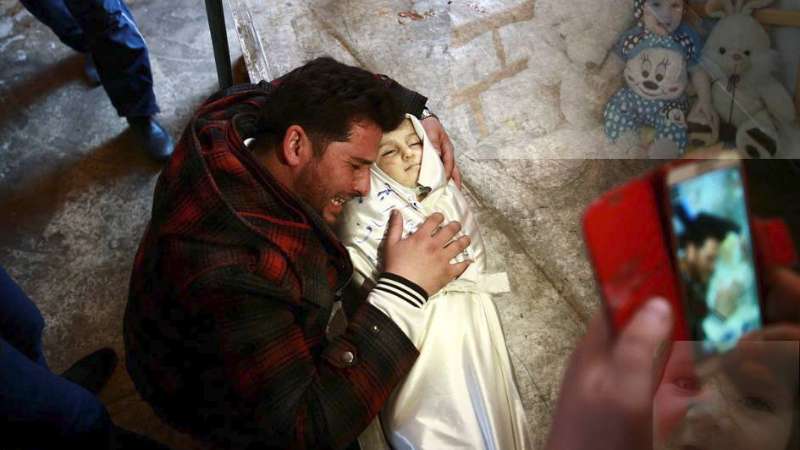 The Syrian baby girl Amira - which means queen in Arabic - was killed on April 7 after Assad-Russian jets bombed her city of Douma in Damascus countryside. 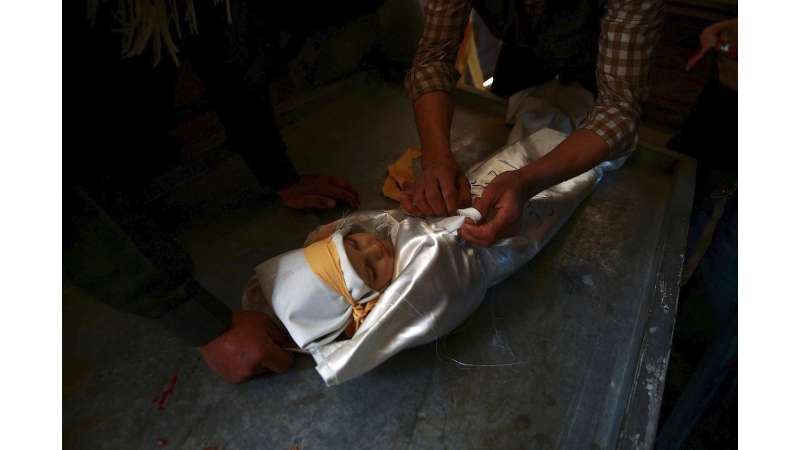 The 18 months-old queen had her life taken away with one Assad strike. 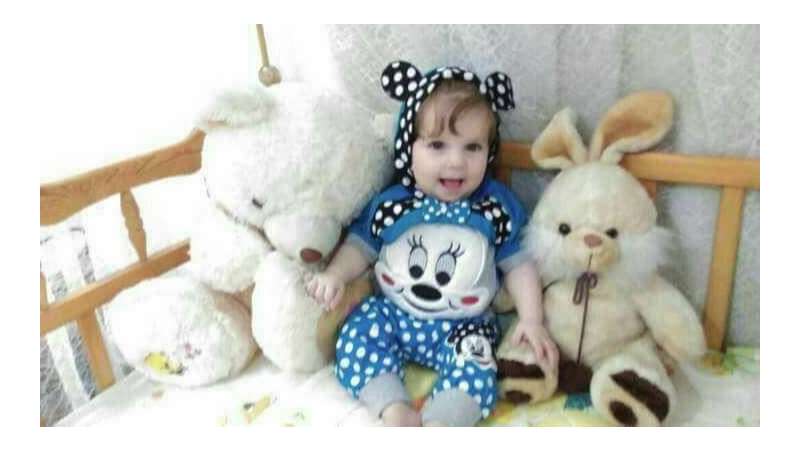 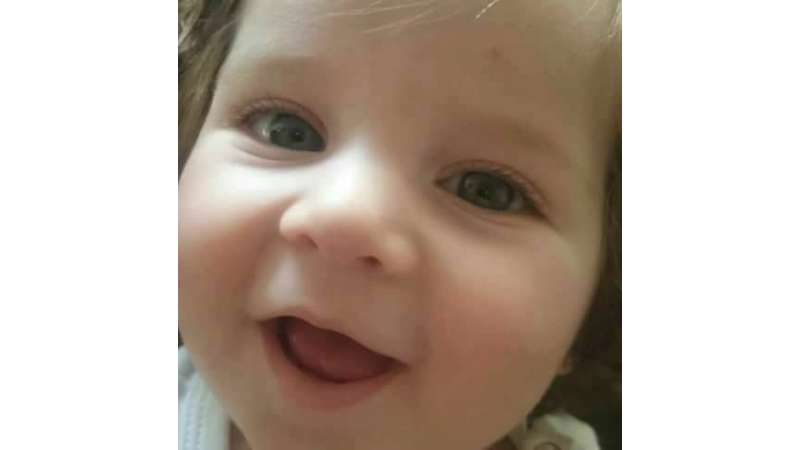 Amira’s father, Salah Skaff, 25 years-old, traumatized as he had to say goodbye to his daughter. (Photos: Reuters) 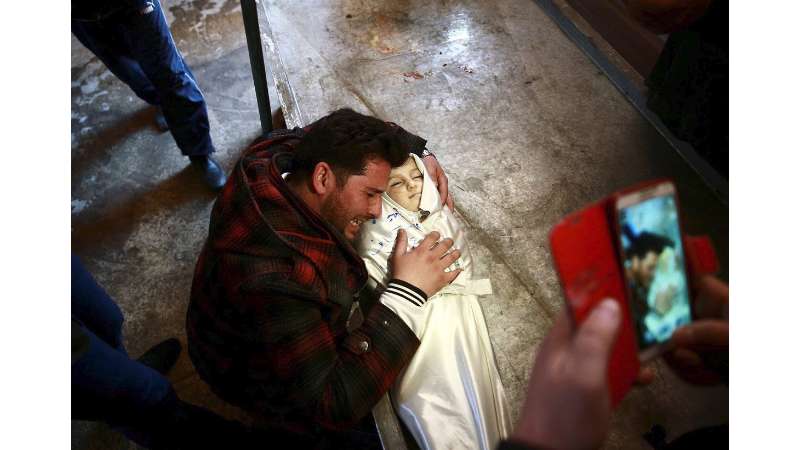 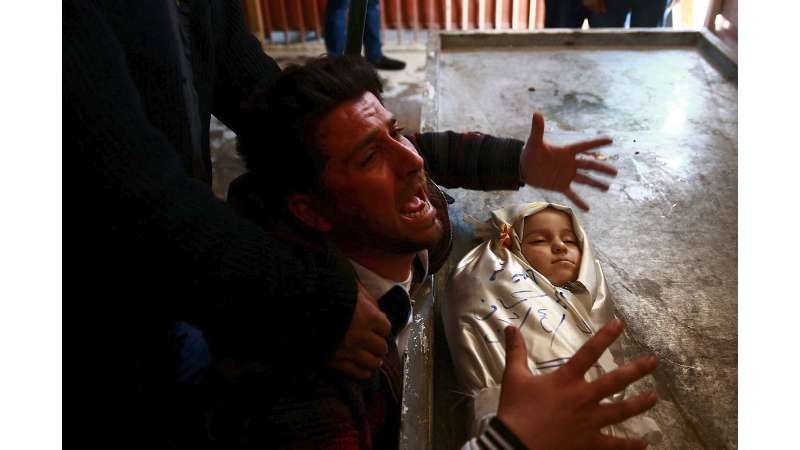 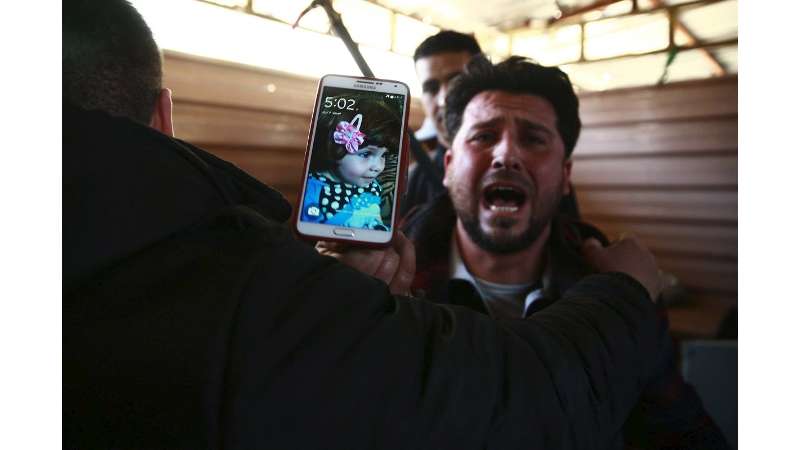 The young father’s pain tells the story of every Syrian who had to say goodbye to his loved ones too quickly, too soon.
PHOTOS CREDIT: REUTERS