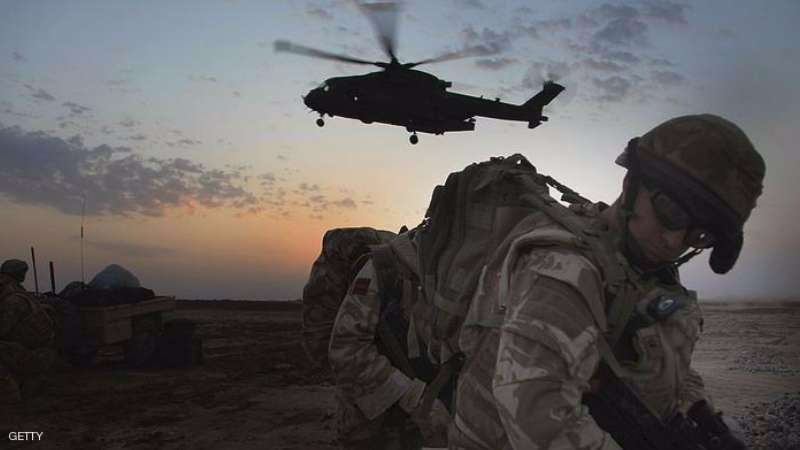 US-led coalition conducts airdrops west of Deir ez-Zor. (Photo: GETTY)
Orient Net
US-led International Coalition conducted airdrops on Thursday (April 6) west of Deir ez-Zor province.
According to the Furat Post website, specialized in reporting news of both Deir ez-Zor and Raqqa provinces, a number of US helicopters conducted airdrops in the area of the salt mine between Badia and Tibi in the far west of Deir ez-Zor, specifically over the village of al-Buwaytiyeh, west of the salt mine and al-Tarif village, where several roads leading to the mine and the general road of Der ez-Zor are located.
The website pointed out that the operation was aimed to target ISIS leaders, especially that the place of landing (salt mine) is one of the main headquarters of the terrorist organization and contains a training camp for the new recruits and an underground prison.

On the other hand, activists mentioned that the coalition helicopters were seen withdrawing towards the northern part of the province of Der ez-Zor, towards the areas controlled by the Kurdish Syrian Democratic Forces (SDF) after ending the operation.
US and Kurdish forces carried out an airdrop in the protected area and the Karin, west of the Tabqa city in the western Raqqa countryside, as YPG-backed Kurdish Syrian Democratic Forces (SDF) militants were trying to advance towards the city of Raqqa and occupy it under the pretext of expelling ISIS.