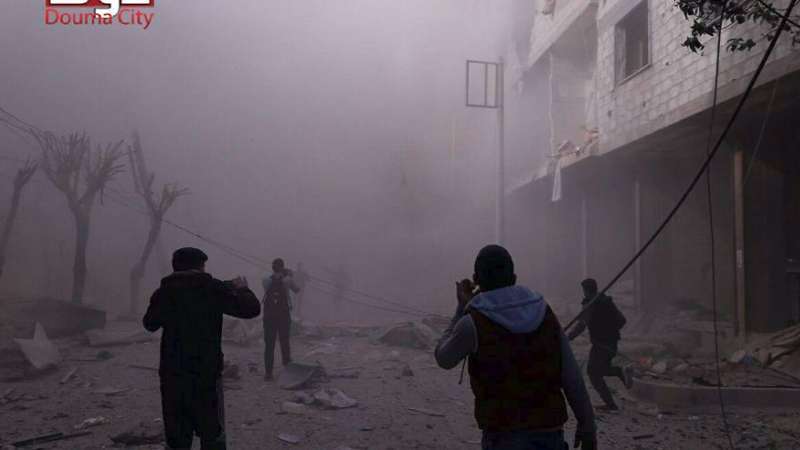 Russian airstrikes hit Douma city. (Photo: Douma Media Center)
Orient Net
Russian warplanes carried out a number of airstrikes on the cities of Erbin and Douma in eastern Ghouta in Damascus on Friday (April 7), killing a number of civilians while injuring others.
Orient correspondent Mohammed Abdul Rahman reported that Russian warplanes targeted the residential neighborhoods of Douma city with several airstrikes, killing one child and injuring several others. In parallel, Assad terrorists targeted the city with artillery and missiles. 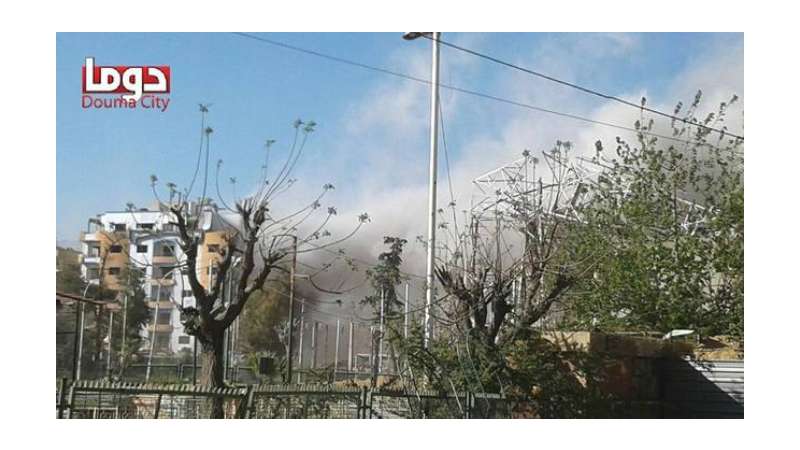 The warplanes also carried out 5 airstrikes on the city of Erbin, particularly targeting the city’s oldest mosque during Friday prayers. The targeting led to the killing of two civilians and injuring many, including children, while destroying the infrastructure of the historic mosque.

On the other hand, opposition fighters announced that they were able to repel the attempt of foreign militias to occupy Tishrin neighborhood east of Damascus.
During the battles, opposition fighters destroyed an Assad-belonging tank and a number of Assad terrorists were killed.
Last month, Assad regime brought in the Iraqi Shiite militia Al-Najba to bolster its presence in several areas east of the capital. The Iraqi militia’s media office showed pictures of the Najba mercenaries in the Abbassiyene Square and Fares Al-Khoury Street.