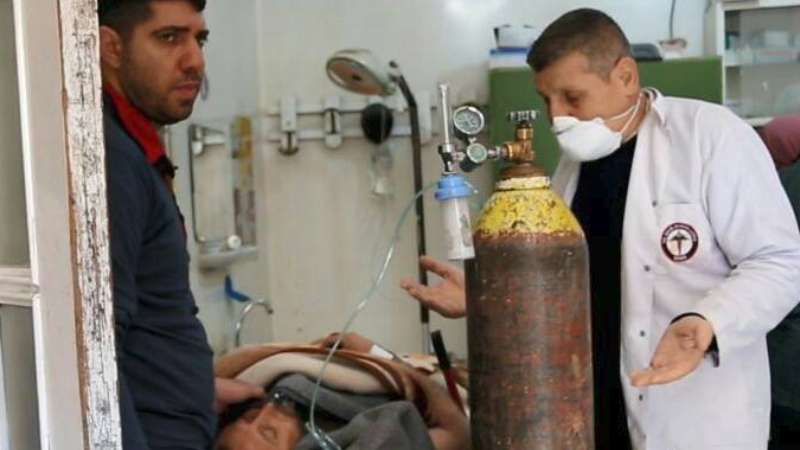 Orient Net
Autopsy results indicate that chemical weapons were used against civilians by the Assad regime attack in Idlib, Turkish media cited Turkey’s Justice Minister Bekir Bozdag as saying on Thursday (April 6).
After Tuesday’s attack on the town of Khan Sheikhoun, which killed scores of civilians and injured dozens of others, more than 50 patients were transferred to Turkey for treatment, three of which lost their lives in hospitals inside the country.
The World Health Organization (WHO), in a statement released on Wednesday, pointed to nerve agent use in the attack, which was described as a war crime.
WHO said the victims of the latest attacks show symptoms of nerve agent damage, "including acute respiratory distress as the main cause of death. Some cases appear to show additional signs consistent with exposure to organophosphorus chemicals, a category of chemicals that includes nerve agents."
Tuesday’s attack on Khan Sheikhoun took the lives of at least 100 civilian, mostly children, and wounded around 500 others, in the second biggest chemical massacre by Assad regime against civilians after the massacre of eastern Ghouta which killed more than 1500 in August 2013.
قيم هذا المقال 0 0