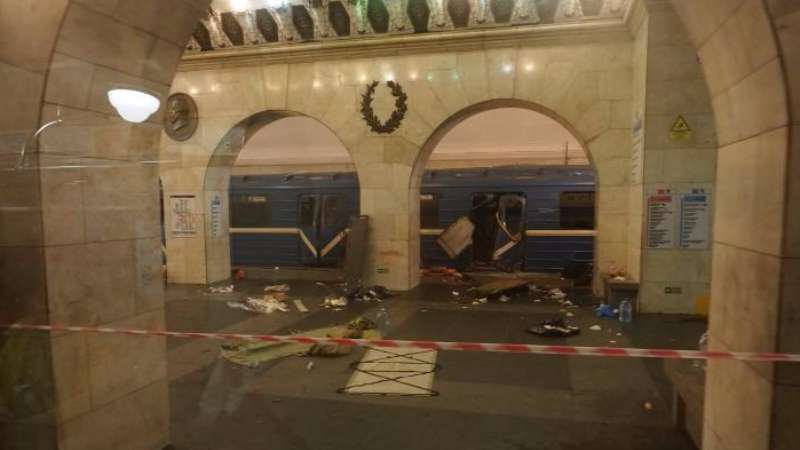 The damaged train carriage is seen at Tekhnologicheskiy institute metro station in St. Petersburg, R
__new_Underarticle_image_EN__
Orient Net - Agencies
Death toll from Monday’s metro blast in St. Petersburg reached 14, Russian media said on Tuesday.
Russian news agency TASS cited the Health Minister Veronika Skvortsova as she confirming the figure. The minister said 11 victims died at the scene and three others later died of their injuries and added that 49 people had been receiving treatment at hospitals.
The blast tore through a train at 2.40 pm local time (1140GMT) as it was traveling between Sennaya Ploshchad and Technological Institute stations, according to Russia’s National Anti-Terrorism Committee.
Officials later said they were treating the blast as an act of terrorism, but there was no official confirmation of any link to Islamist radicals.
__new_in_first_article1__
The National Anti-Terrorist Committee said an explosive device had been found at another station, hidden in a fire extinguisher, but had been defused
Kyrgyz media reported on Tuesday that Akbarzhon Jalilov, a 22-year-old male originally from Kyrgyzstan’s Osh region, had been identified as the suspect culprit by Kyrgyz intelligence.
Late on Monday, Russian President Vladimir Putin laid flowers at the metro station in tribute, the Kremlin said in a statement, and a day of mourning has been announced in the country.