Five children of the same family killed in Khan Sheikhoun after Assad regime's poisonous gas attack.
__new_Underarticle_image_EN__
Orient Net
Scores of civilians were killed on Tuesday and hundreds were injured by Assad regime’s poisonous gas attack on Khan Sheikhoun town to the south of Idlib.
An Assad warplane dropped in the early hours of Tuesday, at 06:26 am local time (0326 GMT), poisonous-gas-laden bombs on the town Khan Sheikhoun, Orient News correspondent Mohammad al-Faisal reported.
67 civilians were killed due to inhaling the poisonous gas, while 200 hundred others suffered suffocation, he added.
“Assad warplanes carried out three airstrikes. One of the strikes contained poisonous gas. The symptoms that we are seeing are not those caused by chlorine. The injured are foaming at the mouth. We have until now around 100 injured and many are stuck under the rubble,” a Syria Civil Defense volunteers told Orient News correspondent.
The casualty toll climbed after the volunteer had spoken to us, as there were no confirmed deaths then. Medical sources are now speaking of 67 killed and more than 200 injured, mostly children and women and including 5 from Syria Civil Defense volunteers.
Syria Civil Defense volunteers responded to the attack and started measures to decontaminate the injured. Photos published by the volunteers’ social media accounts showed them washing contaminated civilians with water. Those of the injured who were unconscious were taken to medical points in the town and in the neighboring Kafrenbel, Ma’aret al-Numan and Haas to receive treatment. 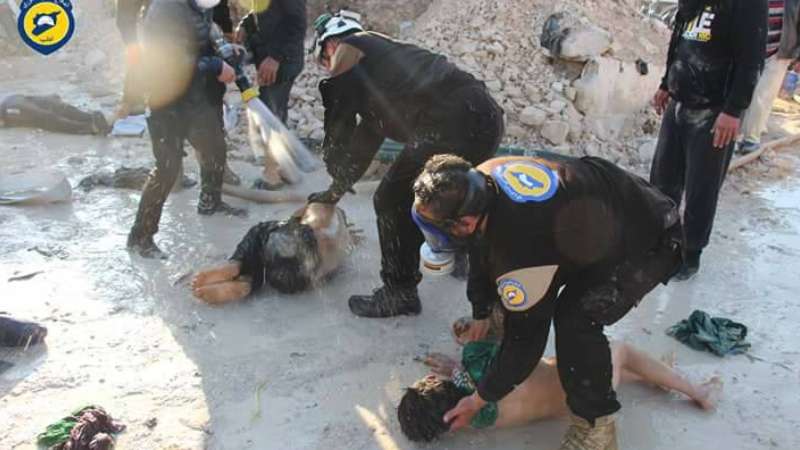 Symptoms which injured civilians showed suggest that the poisonous gas used is not chlorine. The injured suffered suffocation, shortness of breath, and foaming, which suggests that the gas used was sarin, medical sources said.
__new_in_first_article1__
Orient Net correspondent sent photos of the killed and injured civilians who were mostly children.
WARNING: SOME VIEWERS MIGHT FIND THE FOLLOWING PHOTOS DISTRESSING. 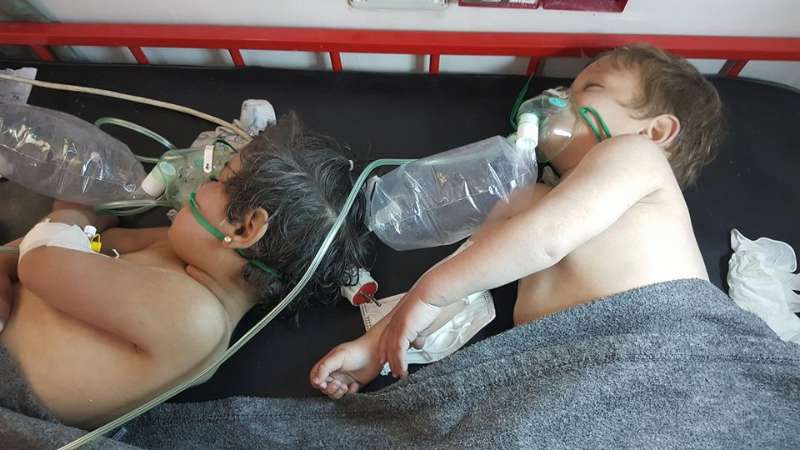 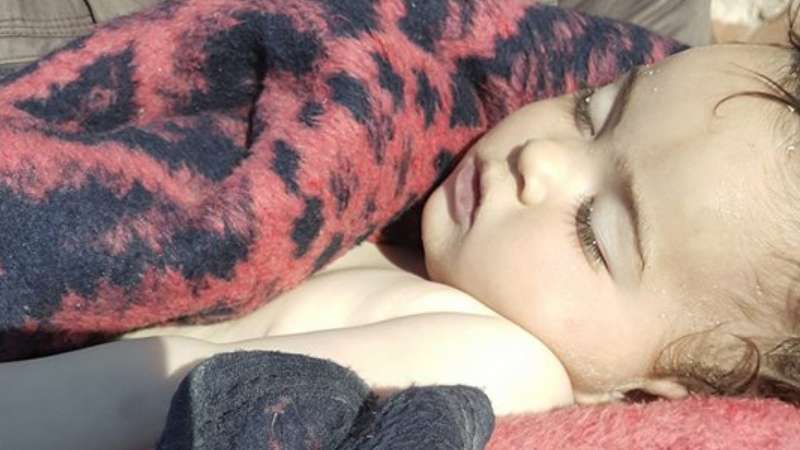 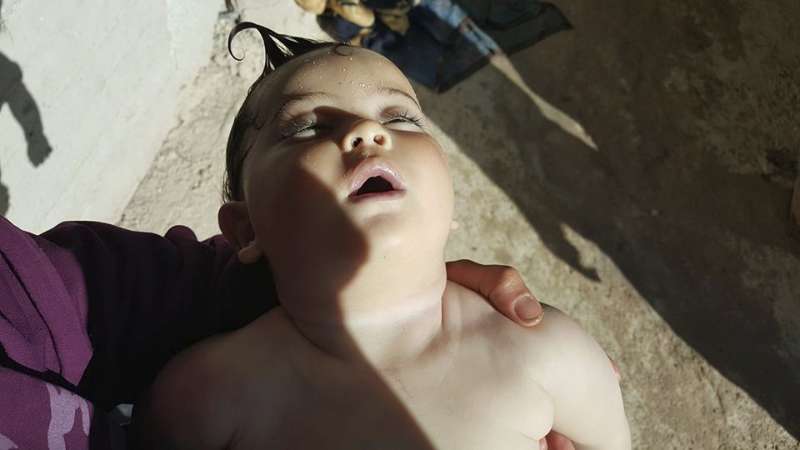 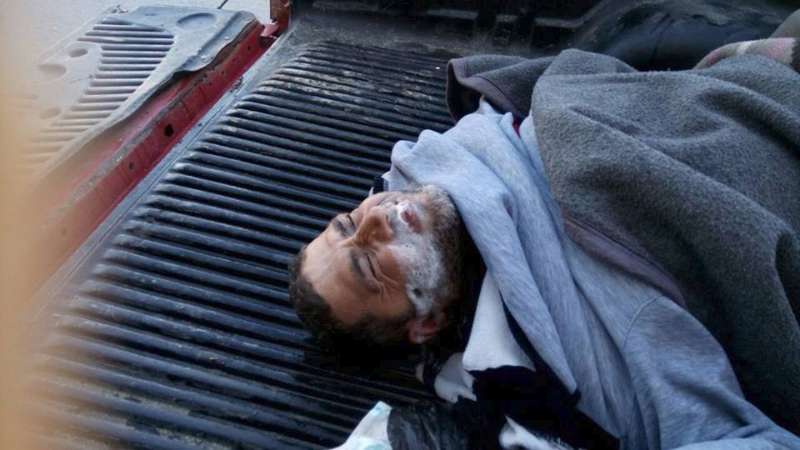 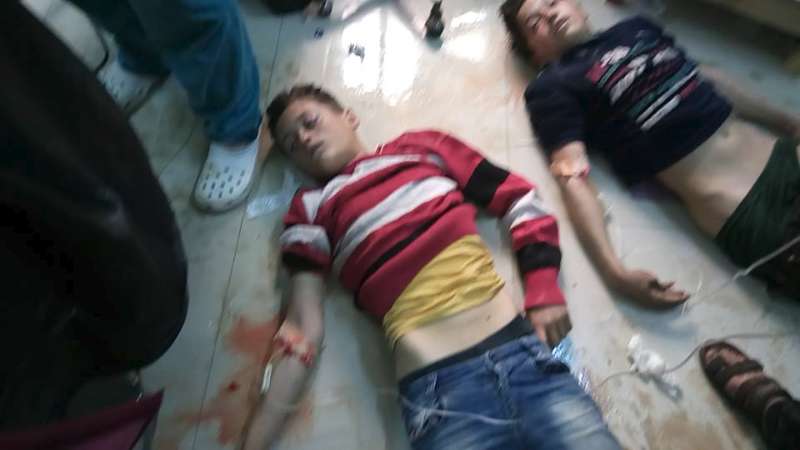 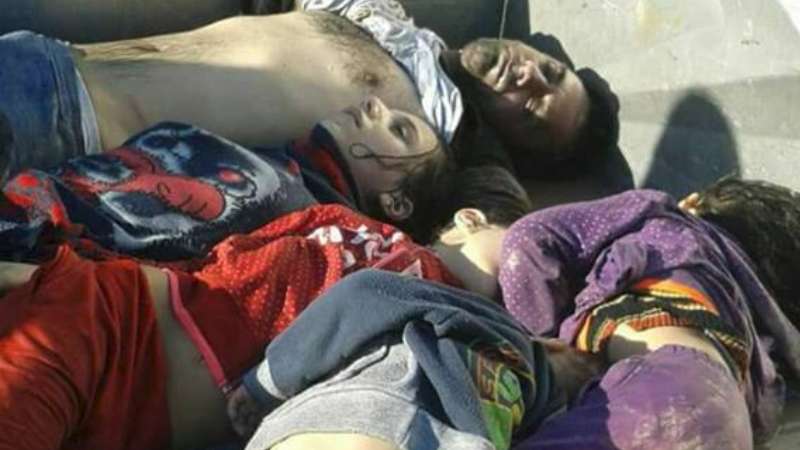