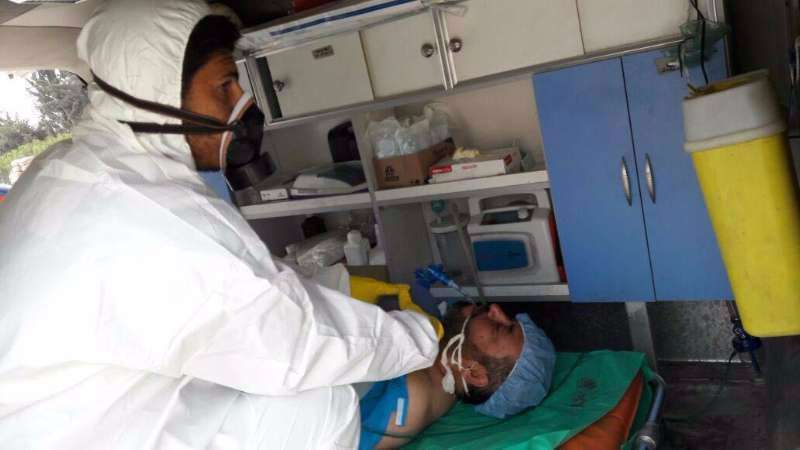 Airstrikes struck a hospital in western Syria last week, killing two people, and there is evidence chemical weapons were used, Medecins Sans Frontieres (MSF) said on Friday (March 31).
MSF said a bomb dropped from a helicopter hit the entrance of a hospital supported by the medical aid group in the opposition-held town of Latamneh in Hama northern countryside on Saturday.
"Information collected by the hospital medical staff suggests that chemical weapons were used," Reuters quoted MSF as saying.
"Immediately after the impact, patients and staff reported suffering severe respiratory symptoms and burning of mucous membranes – symptoms consistent with an attack using chemicals."

The medical charity said the strike knocked the hospital out of service for three days, after which the emergency room reopened.
__new_in_first_article1__
The attack killed an orthopedic surgeon, leaving nearly 120,000 people with only two such doctors, it added.
Orient correspondent confirmed last Saturday that Assad military helicopters targeted the surgical Latamneh hospital in the northern Hama, dropping barrel bombs containing chlorine poison, killing surgeon Ali Darwish, whose picture is published below. 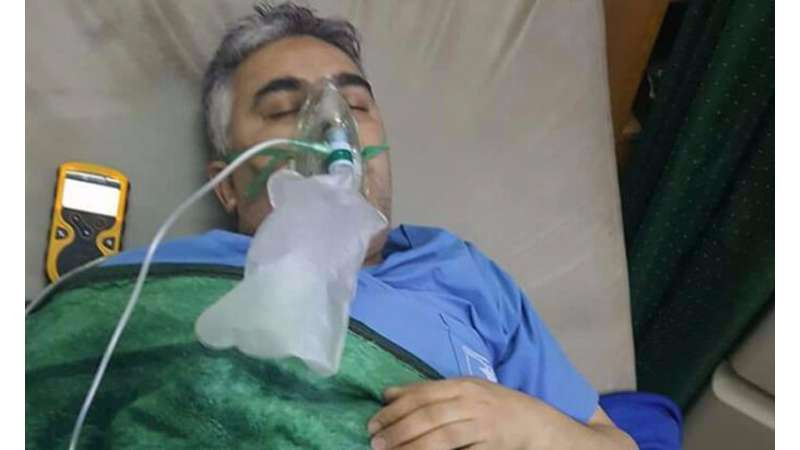 Last Thursday Assad military aircraft also bombed residential buildings in the city of Latamneh with organophosphate, which led to dozens of cases of poisoning and shortness of breath.
Orient Net received a field doctor’s certificate in the northern province of Hama, his name will not be mentioned for the safety of his life and his family’s from attacks by Assad terrorists, in which he confirmed that “dozens of cases reached Hama’s field hospitals suffering from severe frosting in the mouth, irritation in the eyes and shortness of breath due to exposure to organophosphate.”
Hama countryside witnessed a massive exodus to Idlib countryside due to the escalating aerial and missile bombardment by Assad terrorists and Iranian militias.