Orient Net
Opposition fighters liberated on Friday (March 24) a number of strategic areas in Barzeh east of Damascus following clashes with Iranian-led foreign Shiite militias.
Opposition’s advancement took place despite a military escalation by Russia on the residential neighborhoods of Damascus in an attempt to hinder the opposition’s battle to liberate Damascus, which led to dozens of civilians killed or injured.
Barzeh
Orient correspondent reported that opposition fighters were able to liberate several fronts in Barzeh after they carried out an offensive against the military sites of Assad terrorists in the area. Assad regime, during the past two days, brought hundreds of Shiite mercenaries to bolster its fight against opposition fighters, advance in the Tishrin district and control the entire fields located between Barzeh and Harasta.
Orient correspondent said that Assad regime is using the policy of scorched earth in the fields of Barzeh by carrying out dozens of air raids and missiles.
As opposition fighters advanced in Barzeh, Russian warplanes carried out dozens of airstrikes on al-Jobar neighborhood east of Damascus and the eastern cities of Ghouta, killing dozens of civilians and injuring others.
Jobar and Erbin

Activists said Russian warplanes carried out more than 30 airstrikes on residential neighborhoods in Jobar and Erbin, killing civilians and injuring others with varying degrees of risk, amidst an attempt by the Syria Civil Defense (aka The White Helmets) to recover the wounded from the rubble.

One civilian was killed in Erbin, while a number of others were injured after Assad warplanes targeted residential areas in Damascus eastern countryside, Orient News correspondent reported.

The attacks caused huge damage to civilians’ houses and properties.

Orient News correspondent visited that attack site and sent photos that show the amount of the damage in the civilian-populated area. 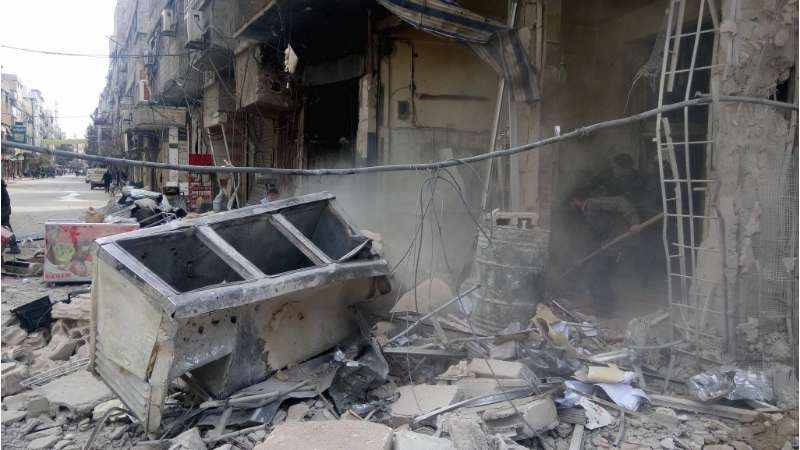 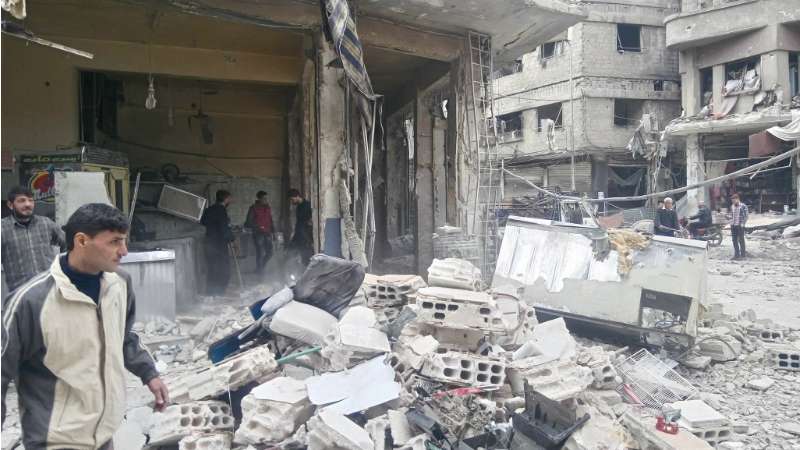 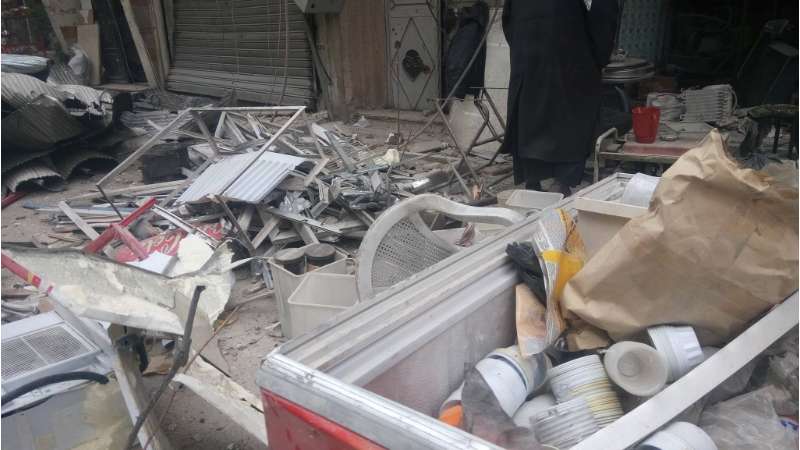 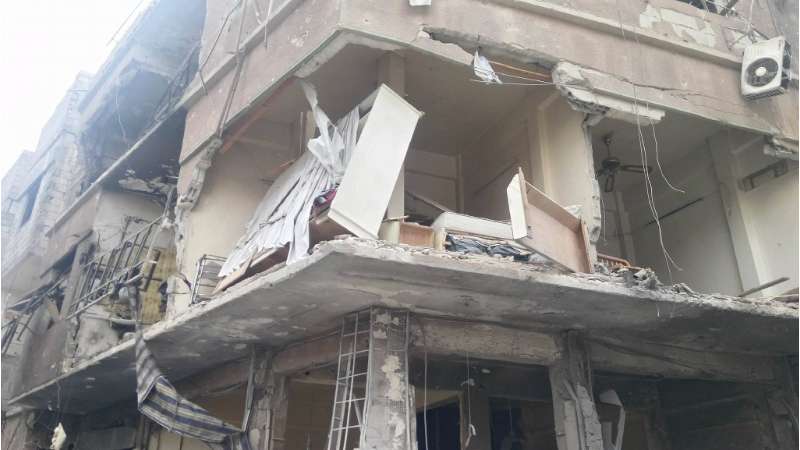 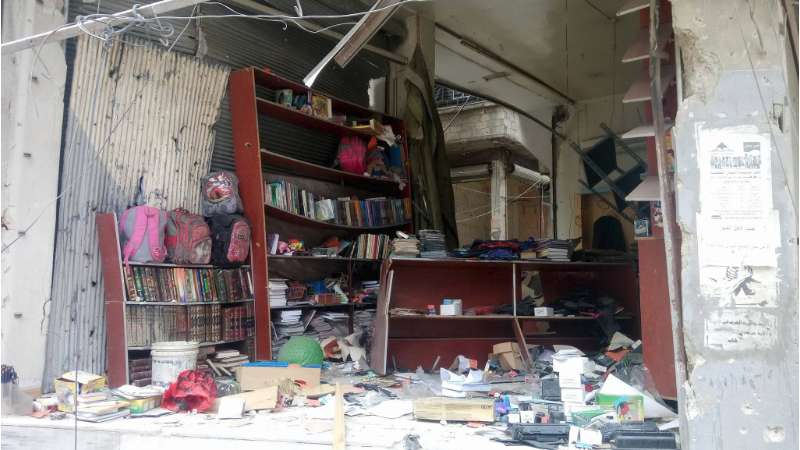 In addition, the city of Douma was hit by rockets, artillery and mortar shells, killing a civilian and wounding others, while Ein Tarma city witnessed similar attacks, but there were no reports of casualties.
Assad terrorists also targeted the outskirts of Zamalka city with a (Fiel) surface-to-surface missile.
The Russian escalation comes as a result of the victories achieved by the opposition fighters during the last few days on the fronts of the Abbassyien bus station and the industrial zone in Qaboun, which resulted in the killing of dozens of Assad-affiliated Iranian-led foreign Shiite militias.