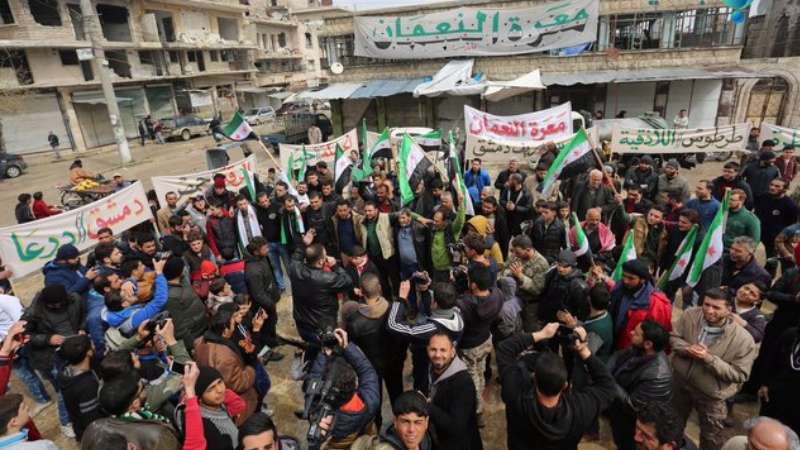 Protesters in Idlib's Maaret Numan on March 17. (Photo: Baladi News)
Orient Net
Protesters took to the streets of Maaret al-Numan, located south of Idlib, and Douma and Kafarbatna, in eastern Ghouta, on Friday (March 17) as the Syrian revolution entered its seventh year.
The demonstrators in the town of Maaret al-Numan stressed that the revolution continues and that they will not abandon their demand to overthrow the Assad regime. 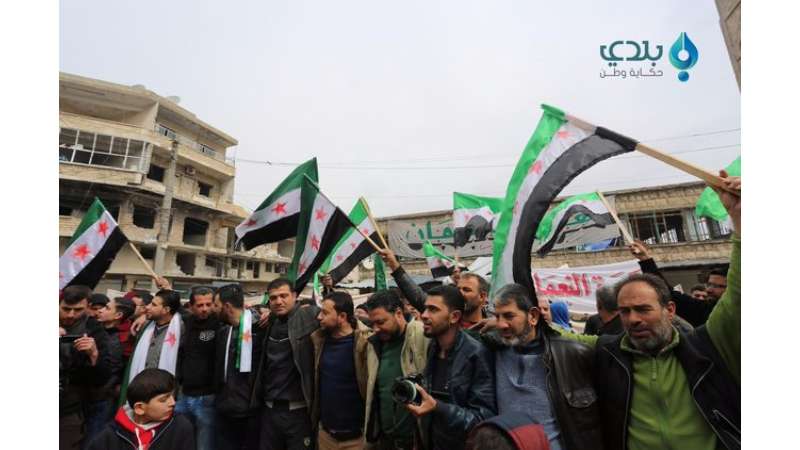 Meanwhile in Douma city, demonstrators carried banners confirming their persistence to continue with the revolution despite the shelling, sieges, killing and destruction, stressing on the importance of holding on to the principles of the revolution.
In addition, activists in the city organized a solidarity stand, in which dozens of children participated, to revive the spirit of the Syrian revolution. 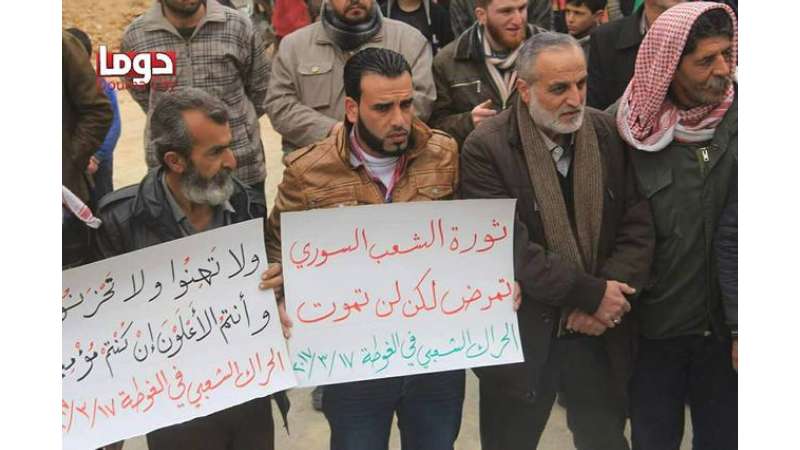 (A protester holding a placard on which is written: "the Syrian people’s revolution is ill, but will never die.") 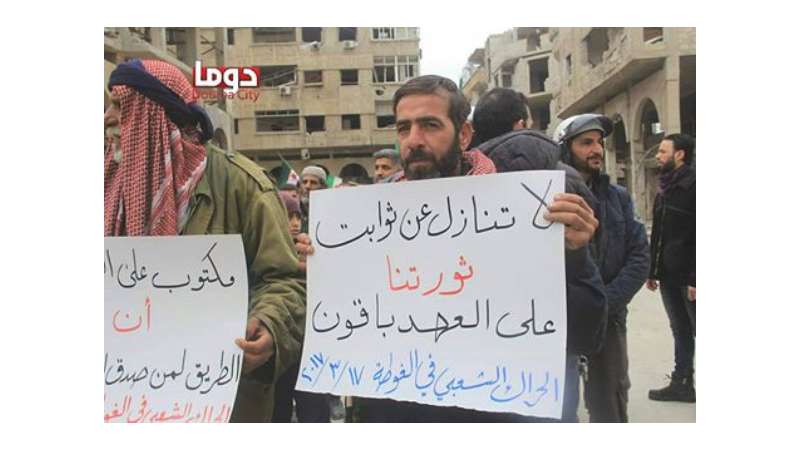 (A protester holding a placard on which is written: "We will not compromise the values of our revolution, we remain loyal to our promises.")
Civilians in Kafarbatna, in eastern Ghouta, also demonstrated peacefully, demanding the fall of the Assad regime, the unification of the opposition fighters and the launch of a military campaign to relieve Assad pressure on the eastern neighborhoods of Damascus.

7th year of the Syrian Revolution