Hezbollah: A combination of hired killers and drug dealers 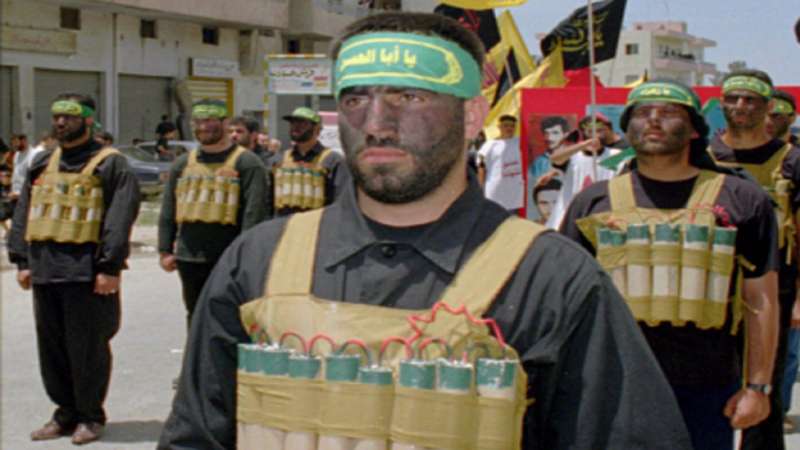 (Photo: Getty Images)
Eva J. Koulouriotis
Hezbollah is internationally classified as a terrorist militia. It has been established by the Iranian regime during the Lebanese civil war focusing on the Shiite community. This militia played a major role in many of the massacres against Lebanese and Palestinians. During that war and after it, Hafez Assad supported the militia with weapons and money. Hezbollah forces were trained in the Syrian territory in special camps overseen by the regime. Evidence also confirmed that Hezbollah is responsible for many political assassinations, on top of them the assassination of former Lebanese Prime Minister Rafik Hariri.
This militia was used by the Assad regime to impose a trusteeship on Lebanon state through force of arms. The Iranian regime has also used it as a lever against the West and US interests through the implementation of terrorist operations in different parts of the world. Iran has also facilitated the penetration of this militia in the African continent and in Southeast Asia as part of its plan to spread the Shiite doctrine among Muslims.
While the financial needs of Hezbollah were increasing, it started getting involved in drug trade as a source of income through its connections in Latin America. This actually reached to the creation of a huge empire in this region specialized in the trade of narcotic substances under the guidance of the Iranian regime, reaching the Arab Gulf states as a means of corrupting their societies. The Iranian regime has also opened the border with Afghanistan for Hezbollah where the cultivation of opium was flourishing, especially close to the border with Iran. Likewise, the south-eastern regions of Lebanon became a center for the cultivation of cannabis, while southern Lebanon became a center for the manufacture of narcotic drugs, mainly captagon which is currently traded by the militia through the Lebanese-Syrian borders. These drugs are also exported to the Gulf countries, North Africa and Eastern Europe.
The Los Angeles Times reported that the Colombian authorities have smashed in 2008 a drug and money laundering network connected with drug smuggling to Hezbollah. The Colombian drug dealer Walid Muqallad proved to cooperate with Hezbollah in the cocaine trade. In 2009, Netherlands announced the arrest of 17 people involved in an international drug trafficking network linked to Hezbollah, who admitted to have transferred about 2,000 kilograms of cocaine between several countries in one year and sent profits to Lebanon. In Brazil, the police arrested a Lebanese suspected of having ties to Hezbollah called Fadi Hassan Nabha. He has been arrested on charges of drug trafficking on an international scale after the issuance of three arrest warrants against him from Interpol. This is only a fraction of the cases of arrests of people connected to or being part of Hezbollah militia.
After the start of the Syrian revolution in March 2011, Bashar Assad realized that there was no way for a peaceful solution but a military one. By virtue of the strategic depth of the relationship between the regimes of Assad and Iran, the full forces of terrorist Hezbollah entered the Syrian territory. The first task assigned to them was to secure the capital Damascus and the Damascus International Airport. The second step for the militia was the control of the border between Lebanon and Syria, transforming the area to a center of producing hashish and captagon. Terrorist Hezbollah is also responsible for countless civilian massacres in Damascus countryside and the city of Halab (Aleppo). Although these criminals operate under the watch of the American war crafts, they are never targeted. As for why, this is the question.
________________________________
Eva J. Koulouriotis is a Greek political analyst specialized in Middle East. Twitter: @evacool_f, Facebook: @evakoulouriotis