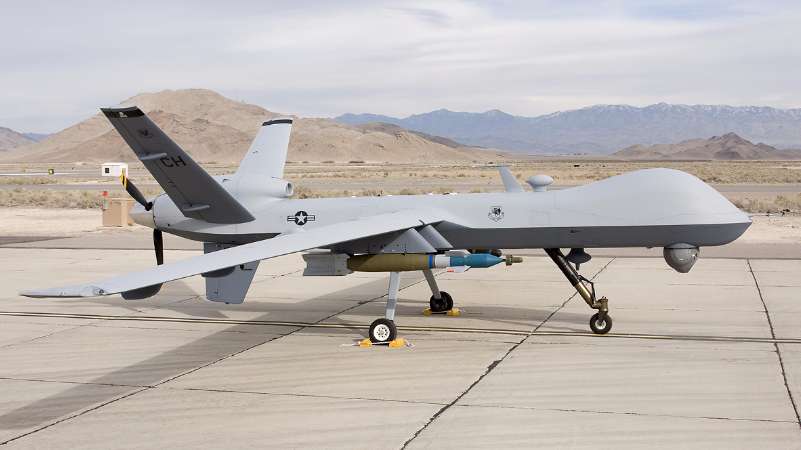 A US unmanned combat drone (Photo: airliners.net/Anthony Osborne)
Orient Net - Rueters
President Donald Trump has given the Central Intelligence Agency new authority to conduct drone attacks against suspected militants, the Wall Street Journal reported on Monday, citing US officials.
The move would be a change from the policy of former President Barack Obama’s administration of limiting the CIA’s paramilitary role, the newspaper reported.
The White House, the US Department of Defense and the CIA did not immediately respond to requests for comment.
Obama had sought to influence global guidelines for the use of drone strikes as other nations began pursuing their own drone programs.
The United States was the first to use unmanned aircraft fitted with missiles to kill militant suspects in the years after the September 11, 2001, attacks on New York and Washington.
Strikes by missile-armed Predator and Reaper drones against oversea targets began under former President George W. Bush and were expanded by Obama.
Critics of the targeted killing program question whether the strikes create more militants than they kill. They cite the spread of militant organizations and militant attacks throughout the world as evidence that targeted killings may be exacerbating the problem.
In July, the US government accepted responsibility for inadvertently killing up to 116 civilians in strikes in countries where America is not at war.