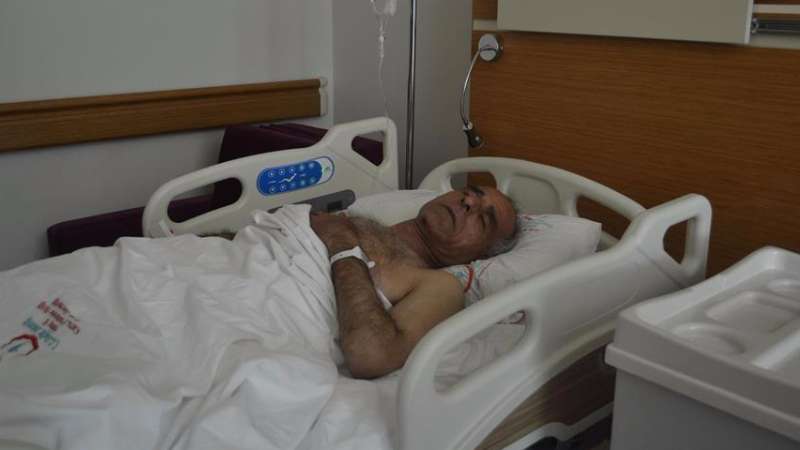 Assad terrorist pilot hospitalized in Turkey (Photo: AA)
Orient Net
Turkish deputy prime minister said on Sunday that the pilot of a Assad military jet that crashed near the Turkish-Syrian border late Saturday was still receiving treatment.
Speaking to reporters in the southern border province of Hatay, Nurettin Canikli said the status of the pilot remained uncertain and would be clear within the coming days.
"The pilot’s treatment is continuing right now. A decision would be made after the whole event is clarified, but now it is very fresh," Canikli said in regard to returning the pilot back to Syria.
Canikli said the government would make the decision in the coming days after clarifying how the pilot fell in Turkish borders and under what mission the aircraft was in.
According to the hospital sources, who asked not to be named, the 56-year-old pilot was identified as the Syrian national Mehmet Sufhan.
The sources said the pilot suffered a broken backbone as well as face and leg injuries, but was not in a critical condition.
The terrorist pilot reportedly said in his testimony that he took off from Lattakia to strike Idlib, but was shot down in the meantime, sources added.
Earlier on Saturday, Hatay Governor Erdal Ata said he had received reports of a plane crash near the village of Yaylacik in central Antakya, 35 kilometers (22 miles) from the Syrian border.
A Syrian opposition group has claimed it shot down a regime aircraft. The pilot has been found alive after ejecting safely.
A search and rescue team combing the area found the wreckage but the jet’s cockpit was empty, Ata said.
Early on Sunday, the pilot was found after a nine-hour search and quickly rushed to Hatay State Hospital, said security sources speaking anonymously.