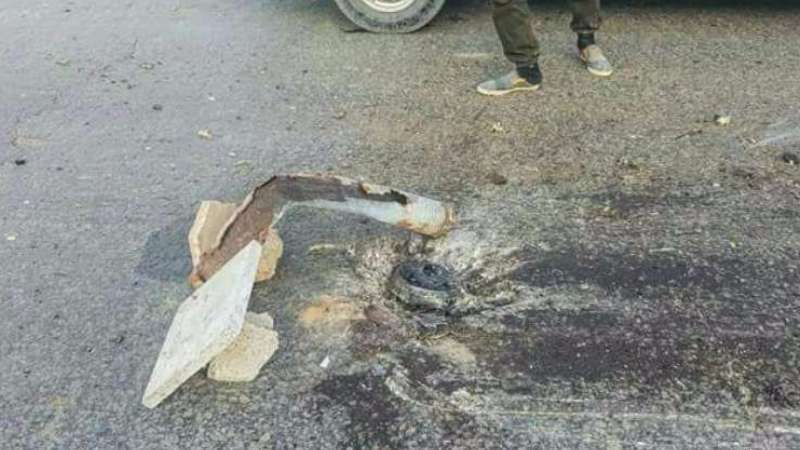 Remnants of the missile which targeted the car near Idlib (Activists)
Orient Net
A US-led coalition drone targeted on Sunday a vehicle carrying fighters from Hayet Tahrir al-Sham on the highway linking Idlib with Ariha, leading to burning the car and killing all passengers.
Two fighters from Hayet Tahrir al-Sham were killed after a taxi car they were riding was directly hit with small-size missiles by a US-led coalition drone, south of al-Mastomeh town on the highway between Idlib and Ariha.
Tahrir al-Sham neither commented on the incident nor issued any statement. Sources, however, told Orient Net on condition of anonymity, that Tahrir al-Sham has started to tighten security on the movement of its commanders and senior figures as they are being frequent targets for US-led coalition warplanes.