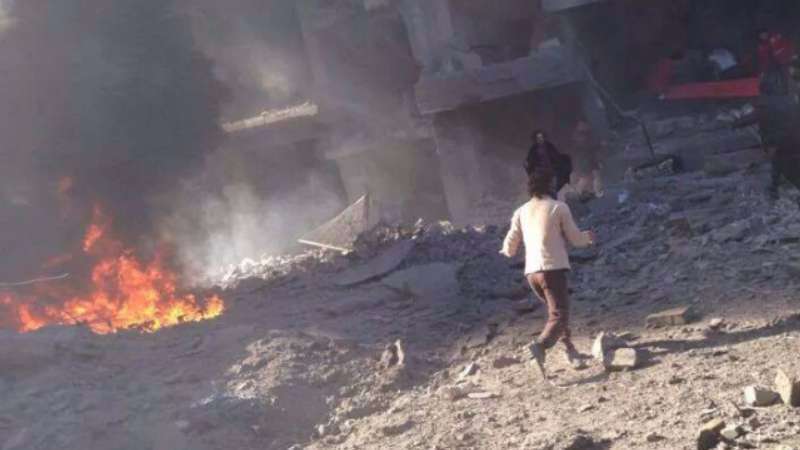 File photo - A previous attack on Raqqa (Social media)
US-led coalition fighter jets carried out on Monday new round of airstrikes on residential areas in Raqqa city, which killed and injured a number of civilians.
According to an activists’ Facebook page, US-led coalition jets carried out an airstrike on al-Omari School in al-Raqqa, killing five civilians in an initial death toll.
The jets of the international coalition also destroyed huge parts of al-Raqqa’s old bridge.
On Sunday, similar airstrikes targeted al-Aqtan area and the Central Prison area to the north of Raqqa. The neighborhoods of al-Akrad and al-Mashlab were also targeted by airstrikes, claiming the lives of five civilians and injuring others.
قيم هذا المقال