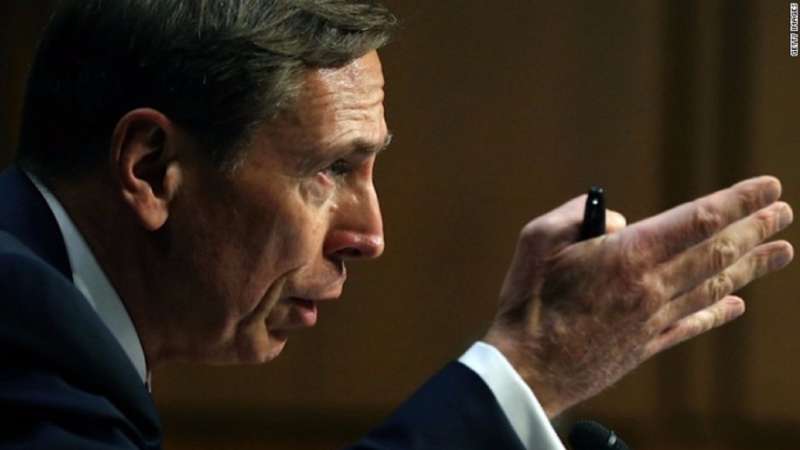 Ex-CIA Chief David Patraeus (Photo: Getty Images)
Orient Net - AA
Former CIA chief David Petraeus has labeled PYD group in Syria as the “cousin” of the terrorist PKK organization.
Speaking at a panel discussion at Munich Security Conference on late Friday, Petraeus acknowledged that PYD and its militia force YPG were linked to the PKK.
The former spy chief also commented on the US-Turkey relations during Barack Obama’s presidency.
Petraeus said different approaches of Washington and Ankara on Syria and Obama’s reluctance to get involved in a military conflict to oust Bashar Assad regime were the major sources of tensions.
“Another source of friction has been the U.S.’ enabling of Syrian Kurds, who have been quite good fighters on the battlefield in northern Syria against Daesh, but obviously they are cousins at the least with the PKK, who we have mutually recognized as a terrorist organization,” he said.
He said the relations between the two countries would likely be better under President Donald Trump era.
“Turkey plays an absolutely central role now, and I think that would get even more important,” said Petraeus, adding senior figures from the Trump administration have already signaled closer cooperation with Ankara.
Obama administration viewed the PYD as its ground ally against Daesh in Syria, while Ankara warned Washington about PYD’s close ties with the PKK.
More than 1,100 people, including security force personnel and civilians, have lost their lives since the PKK -- listed as a terrorist organization by Turkey, the U.S., and EU -- resumed its decades-old armed campaign in July 2015.